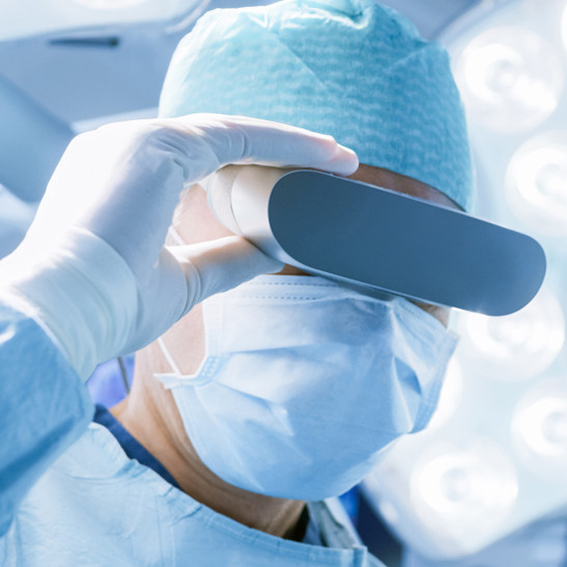 An acknowledged leading expert in Augmented & Virtual Reality, Steve is a regular writer and contributor to media blogs and a thought-leader in the digital media and Augmented/Virtual reality sectors. He is also a broadcaster and regular speaker on the subject of AR, VR and new technology at conferences and events around the world.

He is also the founder and organizer of the Augmenting Reality Meetup Group, which meets to discuss, view and demonstrate the latest innovations in both AR and VR, and how we can best drive the industry forward.

What attracted you to work in the area of VR and AR?

I come from a film and television special effects background and 15 years ago one of my clients asked my company to create and produce an AR project. This was back at the very start of AR and I have to say that at the time  it was an incredibly steep learning curve for us. However, we successfully created the project and from that moment on I was hooked, and completely fascinated by the possibilities and potential of AR, and from that moment we started doing more and more AR related projects.

Please describe briefly your companies-How did you start your companies?- What was your journey like from initial idea to products?

In 2012 when Palmer Luckey launched the Oculus Rift VR Headset on Kickstarter we saw the possibilities of adding VR to our offering and I launched a new company to combine both AR and VR, and to work specifically in those areas, this was Amplified Robot. This company specialises mainly in bespoke one off white label projects for client in many market sectors – Automotive, Aerospace, Fashion, Retail, Pharma, Gaming and Out of Home Entertainment. In 2016 we also launched a new stand alone company, Medical Realities, to concentrate specifically on the Medical sector and especially to harness the power of immersive education and training in the this sector.

What is your ambition for Medical Realities? Where would you like to be in 5 years?

My ambition for Medical Realities is to see it disrupt and democratize medical education and training worldwide. In 5 years time, I would like to see us as a truly global company that is making a big difference to the way that people are trained and educated in the Healthcare sector and also how patients are being treated.

What is your view on the future role of VR/AR in education more generally?

I think that at the moment we are barely scratching the surface of what VR and AR can achieve in the education sector. I believe that that within 5 years both VR and AR will make significant inroads into education as a whole, changing completely the way that we learn and the teaching system as a whole. From preschool to University.

What are the breakthrough developments that you expect in these technologies within the next 5 years?

The breakthrough technologies that are poised to make a difference will be Artificial Intelligence, Haptics, and improved delivery systems.

What are your expectations for mass adoption of VR/AR?

To my mind, VR will continue to be increasingly used in the B2B sectors and also gaming before any mass adoption, with the big breakthrough is coming in AR when companies like Microsoft, Magic Leap, and Apple create better, affordable wearable devices.

How do you envisage VR/AR incorporating other emerging technologies such as AI?

I think that AI will make a big difference in the way we interact and communicate with our VR and AR devices and programmes and as such will be crucial in the advancement of VR and AR.

What do you think are the dangers for VR/AR being “a failed experiment”?

It would seem to me that we have already passed the tipping point where failure was an option, too many companies have invested too much time and money in these concepts to allow them to fail. My take on the future is that within 5 years everyone will be using these new technologies in some way on a regular basis and within 10 years everyone will have forgotten what it was like not depend on VR or AR in some way.

Anything else that I didn’t ask or any announcements?

I think we have covered just about everything, but I would just like to say that I am fascinated and excited by how the mediums of AR and VR are going to impact on all our lives in the future. To try and figure out where all these technologies are taking us I run a very successful Meetup Group called Augmenting Reality here in London to which everyone is welcome.