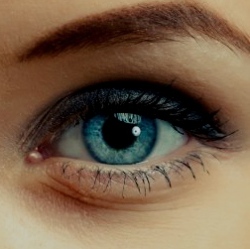 The video game publisher that won a case against Oculus has asked a judge to block the firm from using its code in VR products. Earlier this month a US court ruled that Oculus had used ZeniMax’s code without permission. If the ban is granted, it could limit the number of games available for sale with the Oculus Rift VR headset.

A spokeswoman for Oculus said that the company was continuing with its appeal. Tera Randall told Reuters that the original verdict was "legally flawed and factually unwarranted".

ZeniMax was awarded $500m (£398m) earlier in February when a jury found that Oculus, which Facebook bought in 2014, had violated a non-disclosure agreement.

The jury also ruled that Oculus had infringed some of Zenimax’s copyrighted code – but did not agree that it had stolen its trade secrets.

Oculus has already made the disputed code available to companies that develop games and it is also embedded in many of the games available for use on the Oculus Rift headset and some on Samsung’s Gear VR, a device developed in partnership with Oculus.

If the judge enforces the ban, it could be a blow to the nascent technology, which Facebook has big ambitions for, said intellectual property lawyer Matt Jones, a partner at law firm EIP.

"It could be a very big deal. If they are granted the injunction, it will stop Oculus from using the code. It could get around that by writing new code but that would be time-consuming and expensive.

"Will this push Facebook towards a settlement? Quite possibly, as often injunctions hurt businesses more than damage settlements."