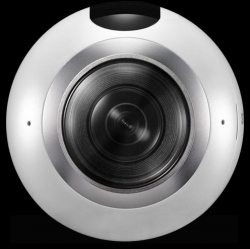 The Galaxy S7 has made its onstage apperance, and there could very well be enough here to tempt existing S6 owners to jump onboard. Design-wise, things haven’t changed drastically, although there have been some noticeable improvements which include a curvier rear for improved grip, and a camera lens that juts out far less.

The S6’s superb 5.1in 2K Super AMOLED display also returns, as does the microUSB port (sorry USB Type-C fans). The screen itself can be set to ‘always-on’ mode, which lets you select from a range of clock and calendar widgets which are constantly displayed on the screen, even when you’re not using the handset itself.

Samsung has stated that this won’t affect the battery more than 1% an hour due to the nature of AMOLED displays, so if you’re sick of pressing a button to check the time, you have your answer. More importantly, the microSD slot has returned, and the Galaxy S7 is also IP68-rated for waterproof and dust resistance. Aside from more powerful innards and 4GB of RAM (which were always a given), what we’re most excited about is the S7’s camera.

While it’s dropped down from 16MP to 12MP, the pixel size has increased, along with the aperture, which means that the sensor is able to absorb more than 50% of the light the Galaxy S6 can currently manage. Samsung has also packed the world’s first dual-pixel smartphone autofocus into the S7’s sensor. The technology, we’re told, makes focusing on the S7 incredibly fast, and we’re looking forward to testing it out in the real world.

Samsung’s onstage demos looked impressive of course, but we’re waiting to pass full judgement in our final review. All that, rounded off with a larger 3000Ah battery and news of Samsung Pay hitting the UK at some point this year, makes Samsung’s main announcement here at MWC a rather meaty one. But of course, there’s more.

Samsung also revealed the Galaxy S7 Edge, which returns once again with a striking curved display, which adds enough of a design flair to tempt users into paying a premium.

Interestingly the screen size has increased to 5.5 inches, putting the S7 Edge firmly into phablet territory, and essentially killing off the Edge Plus line. The Edge app shortcuts which can be swiped in from the side of the display have also improved: there are now two rows of apps to choose from, thanks to the extra screen size, which means you can have more useful widgets such as sports and weather information available, at the flick of a thumb.

Everything else from the camera to the processor remain the same, but the S7 Edge has an even beefier 3600mAh battery.

Samsung also unveiled the Gear 360 camera which, as you’ve probably guessed, records 360-degree photos and videos. Obviously this is a way for Samsung to push users to adopting the Gear VR (and, in tandem, its smartphones), but it could potentially spark a mass-adoption of VR from the masses who would otherwise balk at the costlier options such as the Oculus Rift.