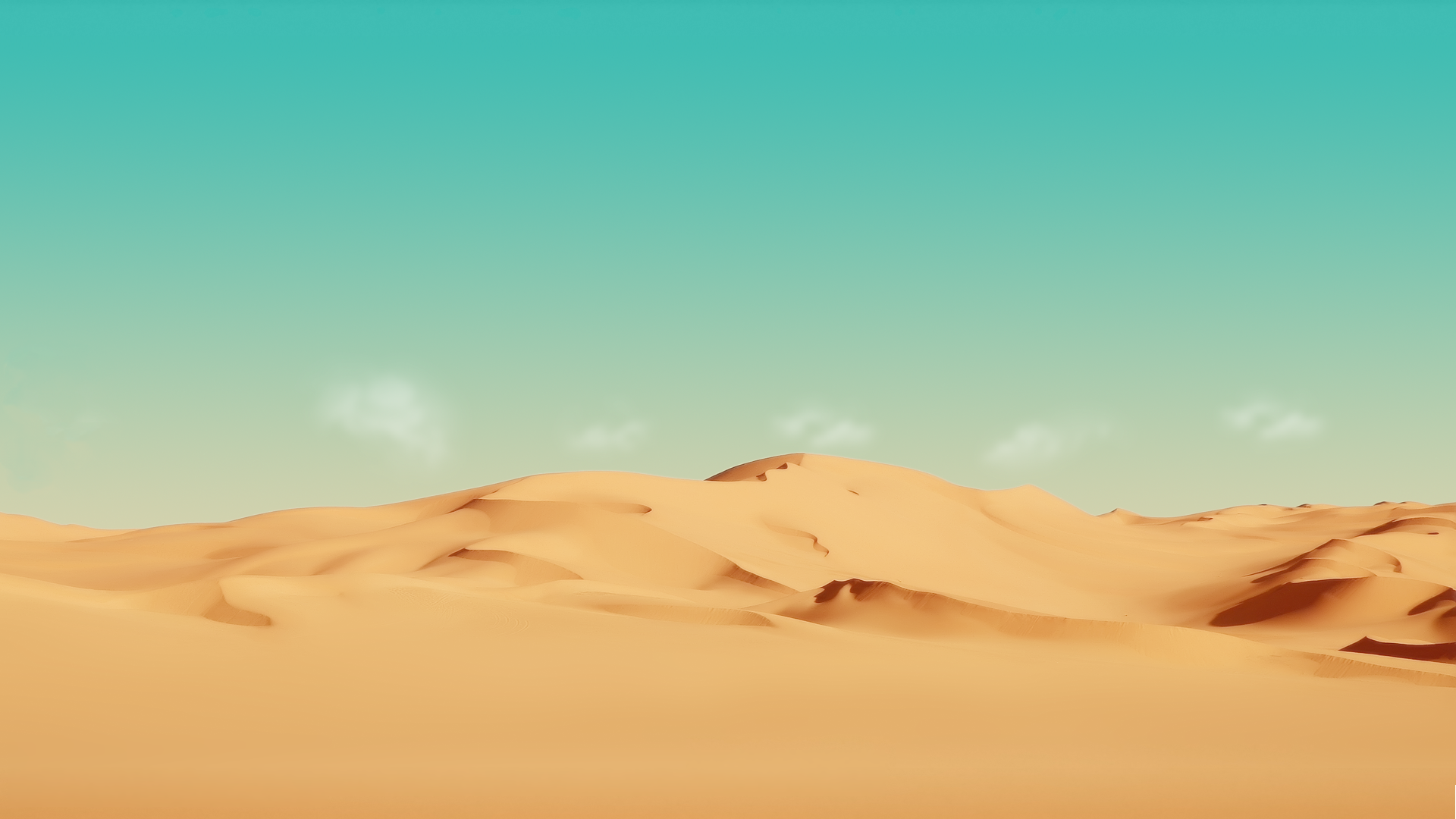 If you’re interested following the technology news, you might have heard the buzzword of the moment, “metaverse.” The hype around this term hit the global media recently when Facebook announced that it was renaming its portfolio of companies ‘Meta’ to align its businesses with its ambition to build a global social virtual universe termed the “metaverse”.

While the word itself is a few decades old, “metaverse” is the word of the moment and is captivating the tech industry’s imagination. The hype has reached the point where one of the best-known internet platforms is rebranding to show its embrace of this futuristic idea.
Facebook CEO Mark Zuckerberg’s announcement that he’s changing his company’s name to Meta Platforms Inc., or Meta for short, might be the biggest thing to happen to the idea of metaverse since science fiction writer Neal Stephenson coined the term in 1992 novel “Snow Crash”, a work of science fiction which depicts a future with an all-encompassing virtual world that exists in parallel with the real one.

Metaverse has been given many definitions over the years that have followed. Wikipedia defines it as “a collective virtual shared space, created by the convergence of virtually enhanced physical reality and physically persistent virtual space, including the sum of all virtual worlds, augmented reality, and the Internet. The word “metaverse” is a portmanteau of the prefix “meta” (meaning beyond) and “universe”; the term is typically used to describe the concept of a future iteration of the internet, made up of persistent, shared, 3D virtual spaces linked into a perceived virtual universe.”

You can think of it as the internet and computing experience brought to life in full and immersive 3D graphics, and accessible from any platform from anywhere in the world. Zuckerberg has described it as a “virtual environment” that you can go inside of, with a particular focus on virtual reality, augmented reality, and mixed reality, instead of just looking at an environment or website on a screen. Essentially, it’s a world of endless, interconnected virtual communities where people can meet, work and play, using virtual reality headsets, augmented reality glasses, smartphone apps or other devices. Perhaps it will be the next evolution of connectivity where all those things start to come together in a seamless, alternate universe, so you’re living your fully immersive virtual life as a parallel to your real-world life.

The goal of the metaverse is going to be designed to be endlessly extendable and modifiable by the users themselves, just as the internet is, so the creatives and businesses of the world can bring their imagined alternate universes to life. The ambition is that you will be able to do just about anything you imagine, things like go to a virtual concert, take a trip online, and buy and try on digital clothing or hairstyles for your avatar. Fashion will be a big part of creating your character or being represented by an avatar. Virtual fashion houses and designers have a chance to enter a whole new market of digital-first clothing. The metaverse will be about creativity and identity in ways that haven’t been possible before this technological step forward.

The metaverse could also be an inevitable consequence of the evolution of the internet, and greatly accelerated by the work-from-home shift amid the coronavirus pandemic. Instead of seeing co-workers on a video call, employees could see them in a fully immersive mixed reality experience. Facebook has launched meeting software for companies, called Horizon Workrooms, to use with its Oculus VR headsets, which Facebook are subsidising, but the headsets cost $300 or more, putting the metaverse’s most cutting-edge experiences out of reach for many people in the world, at least in the near-term future. “A lot of the metaverse experience is going to be around being able to seamlessly teleport from one experience to another,” Zuckerberg says. Tech companies in building these virtual universes will still have to figure out how to connect their online platforms to each other. Making it work will require competing technology platforms to agree on a set of compatible standards, so there aren’t people separated into different segregated virtual universes run by a few different tech giants.” Zuckerberg is going big on what he sees as the next generation of the internet because he thinks it’s going to be a big part of the next digital economy. He expects people to start seeing Facebook as a “metaverse company” in coming years rather than a social media company.

Zuckerberg has acknowledged that no one company will build the metaverse by itself.
Other companies that are hyping up the metaverse include Microsoft and Nvidia.
Video game companies also are taking a leading role. Epic Games, the company behind the popular Fortnite video game, and the 3D content creation tool Unreal engine, has raised $1 billion from investors to help with its long-term plans for building the metaverse. Game platform Roblox is another big player, outlining its vision of the metaverse as a place where “people can come together within millions of 3D experiences to learn, work, play, create and socialize.”

The metaverse is being proposed as the next major computing platform after mobile. Some futurists would claim that the internet will eventually evolve into the metaverse, which will come to represent the next major computing platform. If the concept can be implemented as intended, it is expected to be as transformative to society and industry as the mobile phone was. The internet today is often the main entry point for millions of us to access information and services, communicate and socialize with each other, sell goods, and entertain ourselves. The metaverse is predicted to enhance this value proposition, with the main difference being that distinction between being in your offline or online life will be much less separated.

The metaverse is also expected to have a strong connection with the real-world global economy, and eventually become a massive extension of it. In other words, the metaverse must have the ability for companies and individuals to participate in economic activity in the same way they do today. This means being able to build, trade and invest in products, and buy goods and services.

While conventional VR headsets have found a niece popularity with gamers today, many regular people are put off by the bulkiness of the large cumbersome headsets. That’s why many of the biggest names in tech such as Google-Alphabet, Microsoft, Apple, and now Meta (Facebook) are already working on much smaller VR headsets that are much closer in size and shape to spectacles. These types of glasses might eventually replace the mobile phones we have today and create an almost immediate portal from our world to the metaverse.

The metaverse could also completely transform the office or studio workspace. We already saw with covid lockdown the challenges for teams working in isolation. There are pros and cons to remote working; virtual teams can be global, and extremely convenient and cost effective, however many teams work and function best when they work together in a shared space. The metaverse hopes to provide virtual immersive environments where teams can work collaboratively with clients and colleagues, presenting documents, interacting with objects collaboratively and in real time. The hope is to be able to blend the best of the office or studio setting, with the best aspects and conveniences of virtual teams.
With the removal of real-world limitations, this also provides an opportunity for global commerce, industry, and business to continue as normal despite a global pandemic, and ever increasingly crowded cities, traffic, and office expenses.

Commerce will probably be done through cryptocurrencies and a system of blockchain based ownership rights called non fungible tokens (NFTs), which will provide the basis for all financial transactions. Given the global nature of crypto currencies, where they are not controlled by any one central bank of a particular state, it makes sense for cryptocurrencies to be used as a transaction medium in the metaverse.

Whether this provides a fantastic and imaginative opportunity, or a disturbing future is ultimately up for debate. It is undoubtedly an exciting new platform that will evolve and take shape rapidly over the next few years and we can hope that the future of this computing platform will not be fully centralised into the hands of just a couple of tech companies that may hope to control our future parallel world.