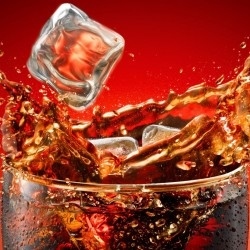 In the anime series Sword Art Online, gamers take part in a virtual world that is teeming with danger, but also with food (when they’re not fighting monsters, the characters are usually eating).

What if such an experience was a reality? What if you could plug into your Oculus Rift and not only interact with food in a virtual environment, but also actually taste it? A new electrode developed by scientists at the National University of Singapore could be the first step in making that happen.

This electrode, when placed directly on the tongue, can mimic all four taste sensations present there: sweet, salty, bitter and sour. It works by producing signals that change in temperature and electrical current after touching the tip of the tongue. A semiconductor controls the process, allowing the electrode to heat and cool quickly. It’s also completely safe, albeit a little clunky — researchers hope to make it more comfortable in the near future.

In addition to gaming applications, such a device could also allow you to taste dishes on a cooking show. Imagine watching Rachel Ray and being able to test her pasta primavera before preparing it yourself. The electrode could even be used to simulate sugary treats for people with diabetes. In fact, this same research team is also working on a digital lollipop: a non-stop sugar rush, without the sugar. Just call it the ultimate diet cheat.