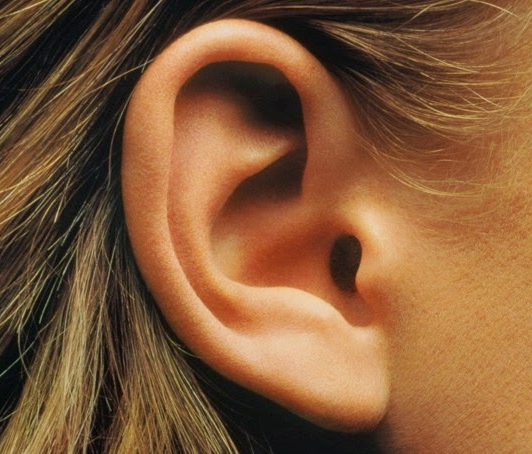 Music is one of the most popular and most enjoyed art forms of all, and making, and experiencing music in virtual reality (VR) is an idea on so many creative people’s minds and has so much potential. Beyond just enjoyment, VR tools offer a new way to create music in a fun, engaging and immersive way.

What previously took an expensive and complicated sound and music studio, can now be done from the convenience of a VR headset. The market for helping people to learn musical instruments is also poised for disruption by emerging technologies, that offers people a more fun and accessible way to learn and explore. Below are a couple of reviews of such applications.

Team Metanaut has developed software that allows anyone with the right VR equipment to take control of a virtual orchestra and create music with the wave of a hand.

Though synthesizers can be both visually stunning and open the door to almost unlimited digital sound scaping, being able to create music and interact with the wave of a hand is compelling. This is Team Metanaut’s entry into the 2015 Leap Motion 3D Jam and offers mid-air touch control of a software synth in a virtual world viewed through an Oculus Rift headset.

Over two months, 1,900 developers from 89 countries have been building immersive experiences for virtual reality, mobile, desktop and more, with the aim to make use of the Leap Motion 3D sensing platform.

Lyra VR is all about combining Oculus Rift for visuals with a Leap Motion sensor to track mid-air hand movements, users are presented with a virtual music synthesizer.

Blue hexagonal controls at the front of the VR instrument activate different functions. Other coloured geometric shapes represent parameters, instruments, sounds and voices. By activating these virtual icons, players can, for example, create looped drum tracks or sequenced piano pieces or repeating funky synth bass licks and then, with the wave of a hand, mix it all up into something brand new.

Interestingly, anyone with the right equipment can pop over to the project’s competition page and try it for themselves. To do this, you’ll need to download the Lyra VR software to a computer with at least an Intel i5-4590 processor, 8 GB or RAM and Nvidia GTX 970 or AMD 290 graphics under the hood.

An Oculus Rift DK2 and Leap Motion will need to be plugged in and, for the best experience, headphones connected. Players will then be able to use their hands to interact with the virtual music synthesis world in front of them.

As this is a Music application you will be creating your own sounds through the use of your hands, as they are tracked moving through virtual reality as well as the real world.

What others are saying?

“We are starting to see hints at the tantalizing possibilities VR offers to music-making. One of the best of these has to be LyraVR”

At this point most people are not using the DK2 or leap motion sensor, but if you have the right equipment, its good to give this experience a go and try it for yourself.

It is an ambition of so many people to learn how to play a musical instrument, though for most this opportunity is difficult to pursue or out of reach for a variety of reasons. Making music has become a little easier with the launch of Jam Studio VR from Vive Studios.

Jam Studio VR is an interactive music performance app which lets anyone regardless of musical talent or experience discover what it is like to make music or perform a DJ set. Using the HTC Vive motion controls, users can compose and play musical scores, playing various kinds of virtual instruments, or become a virtual DJ and construct beats and loops.

The music library that comes with this VR experience contains over 20 interactive songs featuring artists such as Miley Cyrus, The Jonas Brothers, Flo Rida, guitarist Craig Chaquico and bassist David Ellefson. Other songs can be added through in-app purchases, such as music from Disney, or various other artist and content bundles. Once users have composed their own mix, they can record and share their creations with friends.

“Our goal is to create a whole new category of interactive music and gaming applications that takes advantage of Virtual Reality technology. Jam Studio VR delivers just that!” says Charlie Mollo, Beamz Interactive’s CEO. “Using our advanced triggering and synchronization technology and IP position, we’re able to create a truly unique interactive music experience that makes it easy and exciting to engage people of all ages and skill levels.”

“Jam Studio VR is at the forefront of creating a new category of interactive music and music gaming apps for VR. We are very excited to partner with Beamz and develop this leading-edge interactive music performance application for Vive”, said Joel Breton, VP of Vive Studios. “This family friendly app will lead the way for how users create and experience music in VR.”

Jam Studio VR is available for HTC Vive on Steam for £14.99, and is a wonderful innovation that explores the potential of VR to improve peoples lives and talents in a very useful and interesting direction. This is a very well implemented instance of VR technology being used to practical effect, to empower people to explore their passions without having to spend a fortune on musical equipment and allows people to learn about playing music at their own pace in a fun, engaging and interactive environment. The project is continuing development to bring upgrades, fixes, and expansions to the experience, so it will improve over time.

The music and sound are the whole point of this experience, the user will be making their own music using various simulated instrument and track mixing. There is already an impressive library of music in the app itself.

What others are saying?

“Brilliant – this is all assisted stuff, no musical talent required, but boy does it make you feel like you have some! The VR options are nicely considerate to play space and making the choices is just immensely fun and diverting. We’ve had amazing fun with this, super creative and it’s really great pass-n-play with mates too. I’m off now to buy the Phineas and Ferb DLC for my 10 yr old. Keep up the great start devs!”

This application demonstrates the potential of educational VR to teach people new skills and improve people’s lives and allows people to pursue their hobbies in a practical and effective way. It was only a matter of time before people start using VR in this capacity, and this is a very good early implantation of the idea of music education in this young medium.