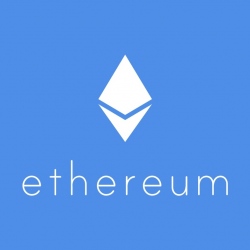 More than half a million transactions were processed yesterday by ethereum, a level that is now becoming common for the platform, rising considerably since early last year when it stood at just 10,000.

While bitcoin is currently processing around 330,000 transactions, with no change in volumes for an entire year despite considerable growth and a claimed increase in capacity.

Bitcoin’s transaction levels have been moving very much in a straight line due to a limited 1MB capacity. Although segregated witnesses (segwit) claimed to double it, in effect it has added as good as no capacity since its activation in August 2017.

In contrast, ethereum’s transaction levels have continued to grow with the network able to handle probably double the current amount of demand without any congestion and at sub-penny fees.

Some suggest that much of this demand is due to dapps and tokens built on top of ethereum, but that may make the network itself more appealing due to increased network effects.

Especially at a time when bitcoin transactions are very difficult and quite painful to make due to considerable delays and occasional fees of as high as $10.

Ethereum hopes to avoid that completely with fees kept below 20 cent through two major network upgrades that are on the roadmap.

Firstly, a hybrid Proof of Stake (PoS) and Proof of Work (PoW) upgrade might be implemented as early as next year.

That might reduce transaction times below the current 15 seconds which in itself would increase capacity accordingly, but it may further increase capacity due to incentivizing nodes through staking, which can in a way be seen as earning interest for running a network node and for increasing decentralization.

Eventually the network will upgrade to fully PoS, when confirmation times might be brought down to as low as 2 seconds, increasing capacity by orders of magnitude.

Then, a more long term plan is sharding, which remains in conceptual development and may not be ready until after 2020. That aims to increase on-chain capacity to as good as unlimited.

For now, ethereum can still comfortably handle 1 million to 2 million daily transactions, but thereafter it may start struggling. Demand, however, is not at those levels yet. Once it rises there, the capacity upgrades might be ready, which may further be complemented with Raiden, Plasma and other second layer protocols.