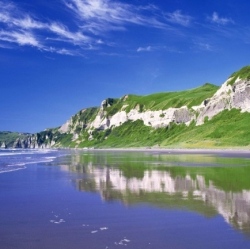 The Canadian government has agreed a deal with eight of the country’s 10 provinces to introduce its first national carbon price, Justin Trudeau has told reporters. The prime minister said the move would help Canada meet its international climate change obligations. The agreement was struck on Friday only after heated talks.

The energy-producing province of Saskatchewan did not sign up, saying the cost would be too great. Manitoba also declined to sign but officials said it might do so later. Trudeau is promising to impose a carbon price on any province that refuses to sign on.

“Taking traditional coal power out of our energy mix and replacing it with cleaner technologies will significantly reduce our greenhouse gas emissions, improve the health of Canadians, and benefit generations for years to come,” the environment minister, Kathleen McKenna, said.

Trudeau is broadly aligned politically with The US president, Barack Obama, who has pushed hard to cut emissions of greenhouse gases.