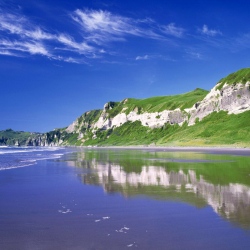 The costliest impact of climate change in Europe this century is likely to be on human health, and in particular heat-related deaths, according to a new economic assessment by the EU Joint Research Centre, the European Commission’s in-house science service.

The study looks at the impact of a 3.5C rise in global average temperature from pre-industrial levels, an increase expected if no concerted international action is taken. The official target is to limit the rise to 2C by cutting greenhouse gasses.

Heat-related deaths in Europe could reach 200,000 a year with a 3.5C temperature rise, according to the study. The economic cost of premature mortality caused by global warming is estimated at €120bn a year. This exceeds the impact on coastal infrastructure (€42bn) and agriculture (€18bn).

The total cost to Europe of unrestrained global warming is put at €200bn a year, though the JRC researchers warn that this figure considerably underestimates the dangers.

It neglects some effects, including lost biodiversity and ecosystem losses, which cannot be monetised, and it ignores the possibility of more severe changes if we pass climate “tipping points” such as Antarctic or Greenland ice melting more quickly than expected.

A striking finding is how unevenly the impacts are distributed. Southern Europe would bear 70 per cent of the burden; Scandinavia and the Baltic region, just 1 per cent.