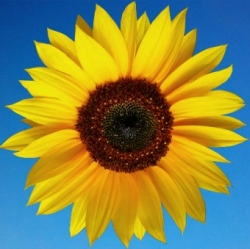 The National Renewable Energy Laboratory, (NREL), has demonstrated a prototype of a solar powered smart window. The smart window lowers building temperatures by shifting from clear to opaque under strong sunlight.

When the shift to opaque occurs, the solar prototype begins electricity production.

The prototypes tested reached up to 11.3% efficiency. The solar cell is based on the lab/headline favorite material perovskite.

One potential smart window feature is darkening of windows to minimize heat coming into a structure. Heating, cooling, and ventilation of commercial structures is up to 80% of their energy costs.

In the USA, up to 80% of residential units and 50% of commercial units, use some sort of ‘Low-E’ (low heat emission) glass. In this particular hardware, the smart darkening process begins the electricity producing magic when the glass becomes a solar cell via a heat driven chemical reaction.

Upon illumination, photothermal heating switches the absorber layer—composed of a metal halide perovskite-methylamine complex—from a transparent state (68% visible transmittance) to an absorbing, photovoltaic colored state (less than 3% visible transmittance) due to dissociation of methylamine. After cooling, the methylamine complex is re-formed, returning the absorber layer to the transparent state in which the device acts as a window to visible light.”

In the image d. above, the unit was able to produce at high levels for only the first cycle of clear to opaque. The unit quickly falls from 1 mA to 50% by the 3rd shift. NREL notes this, obviously, need be fixed.

The paper, in the section titled ‘Mechanism of switchable device degradation’, breaks down the observations of the chemical issues leading to the degradation seen in the image above. Existing smart windows work for 50,000 cycles. A standard solar panel is expected to be above 80% efficiency for 9,125 full day cycles (25 years).

The ‘champion’ prototype peaked at 11.3% efficiency – while the average of the five units was 10.3%.

Recently, a group released an analysis suggesting that 40% of US electricity could be supplied via the windows of structures. Their model projected that the 5 to 7 million square feet of  glass would need be about 5% efficiency in order to hit those numbers.

There’s a funny set of dynamics in solar glass materials. We very much want the extra sunlight inside of structures to help with our mental well-being, but we also want to take advantage of sunlight and turn it into electricity. And of course, we want our structures to be more energy-efficient – and sometimes a bit less bright, so we try to tweak the amount of sunlight that does come through the windows to heat the structure.

How would you feel if you got that corner office, and it turned out you were still in a cave? It probably wouldn’t matter that much – as the darkening smart window industry already exists and we’ve shown that we’re ok with the trade offs, but it’s enough of a dynamic that we’ve not covered all our windows with solar panels just yet.

I wonder if a product could be engineered that would let us choose the opacity of our windows – so we could choose what meets personal preferences. However, if a building owner invests a healthy amount of money on new windows specifically to get the solar electricity – they might not value your comfort over their electricity bills.

One challenge of getting to 80% of electricity coming from smart solar windows is that it simply takes a long time for us to shift out our huge volume of buildings. It’s a pretty number to put in a headline and grab your attention, but it seems real growth in this field will most likely be as the nations building stock is upgraded. However, if efficiency levels keep going up – maybe there will be a time when the electricity being produced is enough to cover the cost of upgrades.