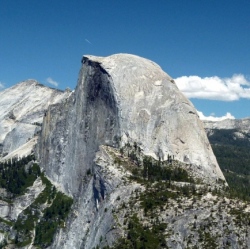 Nicaragua has signed the Paris climate agreement, meaning that the US and Syria are the only two countries not to be giving the accord their support. The deal unites the world’s nations in tackling climate change. Nicaragua refused to sign it last year, arguing that it did not go far enough to tackle the problem.

In June President Donald Trump said the US would withdraw from the deal, but the rules of the agreement state that this cannot be done until 2020.

The president said it was part of his "solemn duty to protect America" and he would seek a new deal that would not disadvantage US businesses.

Scientists point out that work to implement the Paris accord must be stepped up if it is to have any chance of success.

The agreement commits the US and 187 other countries to keeping rising global temperatures "well below" 2C above pre-industrial levels and "endeavour to limit" them even more, to 1.5C.

icaraguan President Daniel Ortega indicated last week that he would sign the accord.

"It is time for Nicaragua to sign the Paris Agreement," Mr Ortega said on the official July 19 website.

"Scientists from more developed countries, scientists working at Nasa, European scientists, everyone agrees that we must stop the process that is leading to the destruction of the planet," he said.

Mr Ortega’s government had previously argued that the accord did not put sufficient onus on wealthy countries to tackle climate change and was not ambitious enough in its objectives.

Nicaragua has no oil and vigorously pursues green energy policies – more than 50% of its electricity is produced by geothermic, wind, solar, biomass and wave power. It is a country that is believed to be especially at risk from climate change.