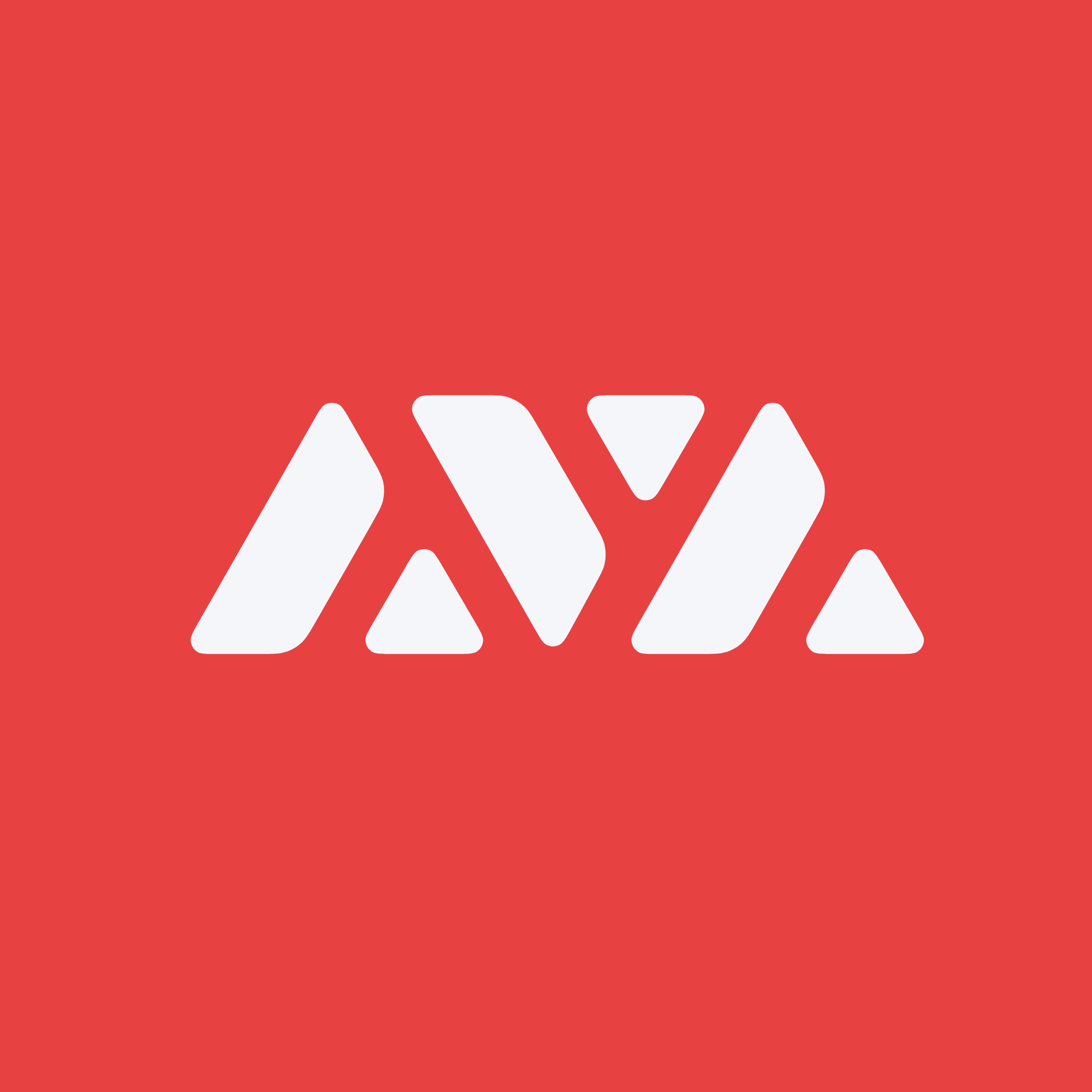 Avalanche is an open-source platform for launching decentralized finance applications and commercial blockchains in one interoperable, highly scalable ecosystem.
The following is an interview with Emin Gun Sirer, an Associate Professor at the Department of Computer Science at Cornell University, Founder and CEO at Ava Labs.

Tell us about your background. What brought you to the blockchain space? What first attracted you to cryptocurrencies?

I started looking into cryptocurrencies and peer-to-peer systems, especially for file-sharing, in 2001.
In file-sharing, there was a problem where people who downloaded files would not upload — people who were called “leeches” as they would take but wouldn’t give. This happens to be a common problem for most P2P systems.

My idea back then was to have a decentralized currency where you have to pay for downloading, and are rewarded for uploading things with a digital currency. In that way, people would ultimately run out of coins and have to contribute by uploading new material. This idea gave birth to a system called Karma that used Drs. Cynthia Dwork and Moni Naor’s proof-of-work invention.
I published Karma in 2003, about 6 years before Satoshi and Bitcoin. Unfortunately, I was in the US and Karma was in its earliest stages just after 9/11. I was a young professor, and my colleagues told me that what I was creating was really interesting, but that I would never get funding for this kind of work as there’s so much concern about terrorist financing.
They were right, and I don’t think I could have built a career on decentralized currencies back then, so I stopped working on Karma and moved on to new areas of study.
I came back to cryptocurrencies when Bitcoin came along. While I recognized the breakthrough Satoshi had created, I discovered the biggest flaw in the Bitcoin protocol, a problem called “selfish mining” where miners could collude to increase their revenue and centralize operations.
People initially denied its existence, and crowdfunded a whole bunch of studies to try and prove us wrong, but eventually concluded our conclusions were exactly right and became our best partners.

The long-awaited Avalanche Mainnet went live. Could you please explain How Avalanche Netowrk works? What kind of problems your team is trying to solve?

Avalanche is built on the first major breakthrough in decentralized consensus since an anonymous person named Satoshi Nakamoto released the bitcoin whitepaper in 2008.
In the 12 years since, there have been many efforts to create networks that enable decentralized applications to flourish, but these projects have either copied bitcoin’s model or tried to implement decades-old designs for distributed systems that compromise decentralization.
Avalanche avoids these pitfalls by embracing a new family of consensus protocols to empower performance only dreamed of in the last forty years of research in this space.
It is the first smart contracts platform that confirms transactions in under one second, supports the entirety of the Ethereum development toolkit, and enables millions of independent validators to participate as full block producers.
In addition to supporting transaction finality under 1 second, Avalanche is capable of throughput orders of magnitude greater than existing blockchain networks, reaching 4500+ transactions per second, and security thresholds well-above the 51% standards of other networks.

How is it capable of transaction throughput orders of magnitude greater than existing blockchain networks and security well-above the standards of other networks?

Over time, people have come to a false understanding that blockchains have to be slow and not scalable after seeing the existing blockchains in action. The Avalanche protocol employs a novel approach to consensus to achieve its strong safety guarantees, while achieving quick finality and high-throughput, without compromising decentralization.
Classical consensus protocols, like those employed by many projects who call themselves “Ethereum Killers,” have shown that a network can come to consensus despite adversary participants, but they can’t scale participation without performance issues beyond about 100 nodes.
Nakamoto consensus, which underpins Bitcoin, continues to demonstrate to the world that probabilistic protocols are safe in practice as long as the chance of a safety failure is so astronomically remote that if one occurs it would be more fascinating than the network having a little hiccup for a bit. While this can provide unprecedented decentralization and robustness, the trade-off is in the network’s extensive time to finality and low-throughput.
Avalanche takes these revelations and combines them into a new protocol that attacks scaling, security, and speed at the absolute foundation of decentralized networks. Avalanche consensus shows that you can have the best of both Classical and Nakamoto without the downsides that come with either classes of protocol.
At a high-level, when a transaction is broadcast to the network, Avalanche validators undergo a process known as “repeated random subsampling” to independently poll other validators to determine if the transaction is valid. Validators do this over and over again on new randomly selected nodes until it builds up enough data to determine that its probability of being correct is so high you may as well consider it impossible that it’s wrong. With enough confidence, a decision is finalized immediately.
This process happens so quickly that Avalanche rivals major payment systems in its ability process and clear transactions in a network.

Could you share some of the goals and roadmap? What features will be available after the Mainnet launch? What will be next?

We’re going to continue working on the platform to optimize performance and implement features that improve its data handling and storage. We’re also investing the time and resources to help our community and partners on-board into the Avalanche ecosystem.
I can’t share specifics about some of our biggest launches to-come, but we have big plans for the rest of this year, and many years ahead.

How will applications based on Avalanche become compatible with Ethereum?

The answer is two-fold. First, Avalanche’s contract chain, “C-Chain,” is a highly scalable implementation of the Ethereum Virtual Machine. It is compatible with all of the Ethereum tooling that has fueled DeFi’s growth to-date, including MetaMask, Web3.js, Remix, Truffle Suite, and Embark Platform.
For existing DeFi projects, that means they can seamlessly port their contracts from Ethereum to Avalanche and see how their applications run on a network with sub-second finality and high-throughput.
Second, Avalanche will support bridges to other networks for users to move assets between the networks. We’ll be launching a bridge to Ethereum very soon that will enable activity between the networks, like transferring assets like stablecoins between the networks or “wrapping” native assets on Avalanche, without losing any functionality.
Beyond Ethereum’s DeFi ecosystem, Avalanche can support any virtual machine on a custom subnet (short for “sub-network”). That means developers can launch another network’s logic or smart contract tools on Avalanche — with their own rules and set of validators — with the only change coming to the underlying consensus mechanism.
That could lead to a new generation of farming in our space, where blockchains launched on Avalanche can be harvested for yield, rather than individual ERC-20 tokens. For instance, Ethereum Classic could be ported to Avalanche as a subnet to solve its hashpower shortage, while also benefiting from the fast finality and higher throughput.

Looking ahead to 2030. How do you envision that AVA Labs will evolve over the next ten years?

Avalanche aims to follow in Satoshi’s footsteps to have the same, defining impact as we stand on the cusp of a new decade. It will create a market structure driven by velocity, efficient use of capital, and innovation in new products & services that aren’t possible today.
I hope by 2030, we’ve achieved that mission and showed the world what blockchains are truly capable of, because they’re still just barely scratching the surface.

What are your current research interests?

I’m currently very excited about innovative applications on top of Avalanche. We want to bring the innovation we brought to Layer 1 to the application layer. We’re especially excited about decentralized exchanges (DEXes), automated market makers, DeFi and lending in general, as well as innovative new assets that create new digital products that can be traded globally.