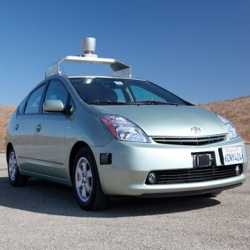 As AVs become more widely adopted, we will continue to see shifts in the way we get around. Driverless technology won’t just affect personal transportation either. It’s sure to send shockwaves through the many industries connected to the way we get from point A to point B.

Today, insurance companies cover drivers in case they cause an accident. As the opportunities for human error lessen with the proliferation of AVs, insurers may switch their focus.

Accidents in a driverless world are much more likely to be caused by technical failures in AV technology. This change may cause insurers to focus their efforts on insuring manufacturers and infrastructure operators as opposed to individual drivers. Autonomous vehicles are also expected to cause a drop in auto insurance premiums, which could threaten insurance companies’ earnings. Dealing with car crashes when there’s no driver involved is largely uncharted territory that insurance companies will have to figure out how to navigate.

Vehicle crashes are currently the second most deadly type of accident, but with the adoption of driverless cars, that ranking could be reduced to ninth. Not only will AVs save lives, but they’ll also save money in medical bills and other costs. That’s a big deal, because in 2012, car crashes cost the U.S. economy $212 billion.

Most vehicles on the marketplace today aren’t quite at the point of being safely operated totally sans human yet. Many of the semi-autonomous technologies available today, such as the setting manufacturers have termed autopilot, still require human drivers to stay alert and take control in emergency situations. However, as the technology continues to develop, it’s becoming more consistent and more trusted.

Driverless cars will make travel by personal vehicle much more convenient, which could cause trouble for other industries, such as air travel.

When actually piloting your car is not your responsibility, you can spend your time doing other things like working, reading or sleeping. Roadways will likely become faster and more efficient, as well as safer. These advantages may lessen the appeal of flying, at least for shorter distances.

Driverless technology will likely transform the trucking industry too. Trucking has expanded in recent years, but AV technology may put 1.7 million truckers out of work in the next decade. The first steps have already begun to happen. A self-driving truck operated by Uber recently drove 120 miles to deliver Budweiser beer. This particular truck is only ready to be used on the highway where there are fewer variables and reasons to stop, and it still needs someone behind the wheel just in case. The technology will presumably continue to improve, however, and further change the trucking industry.

Driverless cars will change more than just how we get around in our personal vehicles. Many different industries have links to the automobile industry and will have to adjust to changes as autonomous vehicle technology continues to develop.