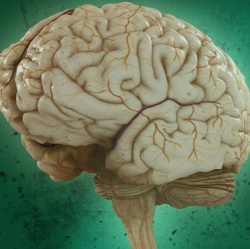 Humans are exceptionally good at transferring old skills to new problems. Machines, despite all their recent wins against humans, aren’t. This is partly due to how they’re trained: artificial neural networks like Google’s DeepMind learn to master a singular task and call it quits.

To learn a new task, it has to reset, wiping out previous memories and starting again from scratch.

This phenomenon, quite aptly dubbed “catastrophic forgetting,” condemns our AIs to be one-trick ponies.

Now, taking inspiration from the hippocampus, our brain’s memory storage system, researchers at DeepMind and Imperial College London developed an algorithm that allows a program to learn one task after another, using the knowledge it gained along the way.

When challenged with a slew of Atari games, the neural network flexibly adapted its strategy and mastered each game, while conventional, memory-less algorithms faltered.

“The ability to learn tasks in succession without forgetting is a core component of biological and artificial intelligence,” writes the team in their paper, which was published in the journal Proceedings of the National Academy of Sciences.

“If we’re going to have computer programs that are more intelligent and more useful, then they will have to have this ability to learn sequentially,” says study lead author Dr. James Kirkpatrick, adding that the study overcame a “significant shortcoming” in artificial neural networks and AI.

This isn’t the first time DeepMind has tried to give their AIs some memory power.

Last year, the team set their eyes on a kind of external memory module, somewhat similar to a human working memory, the ability to keep things in mind while using them to reason or solve problems.

But it had a flaw: the hybrid, although powerful, required constant communication between the two components—not an elegant solution, and a total energy sink.

In this new study, DeepMind backed away from computer storage ideas, instead zooming deep into the human memory machine—the hippocampus—for inspiration.

And for good reason. Artificial neural networks, true to their name, are loosely modeled after their biological counterparts. Made up of layers of interconnecting neurons, the algorithm takes in millions of examples and learns by adjusting the connection between the neurons—somewhat like fine-tuning a guitar.

A very similar process occurs in the hippocampus. What’s different is how the connections change when learning a new task. In a machine, the weights are reset, and anything learned is forgotten.

In a human, memories undergo a kind of selection: if they help with subsequent learning, they become protected; otherwise, they’re erased. In this way, not only are memories stored within the neuronal connections themselves (without needing an external module), they also stick around if they’re proven useful.

This theory, called “synaptic consolidation,” is considered a fundamental aspect of learning and memory in the brain. So of course, DeepMind borrowed the idea and ran with it.