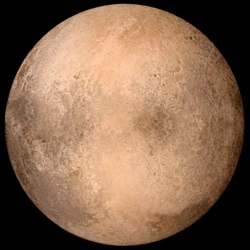 The Transiting Exoplanet Survey Satellite (TESS) is a planned space telescope for NASA’s Explorers program, designed to search for exoplanets using the transit method. It is planned for launch in December 2017. The primary mission objective for TESS is to survey the brightest stars near the Earth for transiting exoplanets over two-years.

The TESS project will use an array of wide-field cameras to perform an all-sky survey. With TESS, it will be possible to study the mass, size, density and orbit of a large cohort of small planets, including a sample of rocky worlds in the habitable zones of their host stars. TESS will provide prime targets for further characterization by the James Webb Space Telescope, as well as other large ground-based and space-based telescopes of the future.

TESS is designed to carry out the first space-borne all-sky transiting exoplanet survey. It is equipped with four wide-angle telescopes and associated charge-coupled device (CCD) detectors. Science data will be transmitted to Earth every two weeks. Full-frame images with an effective exposure time of two hours will be transmitted as well, enabling scientists to search for unexpected, transient phenomena, such as the optical counterparts to gamma-ray bursts.

In order to obtain unobstructed imagery of both the northern and southern hemispheres of the sky, TESS will utilize a 2:1 lunar resonant orbit called P/2, an orbit that has never been used before. The spacecraft’s 373,000 km (232,000 mi) apogee is timed to keep the craft away from the Moon, which acts as a destabilizing agent. This highly elliptical orbit should remain stable for decades, and will keep TESS’s cameras in a stable temperature range.

The majority of the orbit is spent outside the Van Allen belts to avoid radiation damage to TESS. Every 13.7 days at its perigee of 108,000 km (67,000 mi), TESS will downlink the data it has collected during the orbit to Earth over a period of approximately three hours

TESS will monitor the brightnesses of more than 500,000 stars during a two year mission, searching for temporary drops in brightness caused by planetary transits. Transits occur when a planet’s orbit carries it directly in front of its parent star as viewed from Earth.

TESS is expected to catalog more than 3000 transiting exoplanet candidates, including a sample of ~500 Earth-sized and ‘Super Earth’ planets, with radii less than twice that of the Earth. TESS will detect small rock-and-ice planets orbiting a diverse range of stellar types and covering a wide span of orbital periods, including rocky worlds in the habitable zones of their host stars.

TESS stars will be 30-100 times brighter than those surveyed by the Kepler satellite; thus,TESS planets should be far easier to characterize with follow-up observations. These follow-up observations will provide refined measurements of the planet masses, sizes, densities, and atmospheric properties.

TESS will provide prime targets for further, more detailed characterization with the James Webb Space Telescope (JWST), as well as other large ground-based and space-based telescopes of the future. TESS’s legacy will be a catalog of the nearest and brightest stars hosting transiting exoplanets, which will comprise the most favorable targets for detailed investigations in the coming decades.