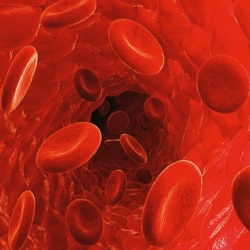 Researchers will apply the tool to patients with beta thalassaemia, an inherited blood disorder that affects the body’s production of hemoglobin, a protein red blood cells use to carry oxygen around the body, U.K.’s Telegraph newspaper reported. The condition is treatable, but can cause bone deformities, fatigue and severe anaemia.

Patients with severe anemia from thalassaemia may undergo blood transfusions every two weeks, the CDC reports. Beta thalassemia is relatively common worldwide, according to the U.S. National Library of Medicine, with thousands of children born with the condition each year.

CRISPR (clustered regularly interspaced short palindromic repeats) is a tool which researchers can use to modify DNA sequences and alter the function of genes. Also known as CRISPR-Cas9, it was inspired by genetic defense mechanisms found in bacteria.

Bacteria carry a kind of memory bank of deadly viruses in strands of genetic code. If they spy one of these deadly viruses nearby, they send out an enzyme to cut away the dangerous bit of code. Scientists Jennifer Doudna and Emmanuelle Charpentier recognised the potential for this mechanism to edit human genes—targeting and slicing rogue DNA. An RNA molecule leads an enzyme called Cas9 to the DNA strands in need of cutting.