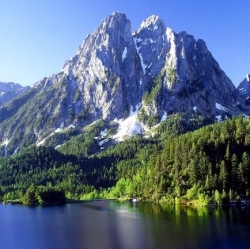 August 2014 was the warmest August worldwide since records began 130 years ago, according to data from Nasa’s Goddard Institute. Temperatures measured by government meteorological offices using land, sea and satellite data suggest this year’s global high was very close to those of 2011, 2008, 2006 and 2003.

Overall, temperatures were 0.70C above the 1951-1990 baseline temperature average. But Nasa warned against reading too much into a single month’s records. “The key issue for climate are the long-term trends, not individual months”, said Nasa-GISS director Gavin Schmidt. 2014 is shaping up to be one an exceptionally warm year, with March 2014 the third hottest since 1880, and May and June the hottest ever.

Earlier this year it looked certain that an El Niño event would develop in the Pacific ocean following a rise in sea temperatures, which could be expected to result in extreme weather effects around the world by Christmas. However, expectations of a strong El Niño have since faded.