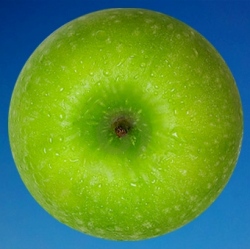 Apple has announced smaller versions of the iPhone and iPad Pro at an event in San Francisco and streamed online. The iPhone SE has the same processing and graphics performance of the larger Apple 6S, the firm said, and can capture 4K video. The new iPad Pro will have a 9.7 inch screen, the same size as the original iPad.

The iPhone SE will be available in 110 countries by the end of May. With a starting price of $399/$499 (£277/£346), the new iPhone is the "most affordable" handset Apple has ever released, Apple said. It also said the new iPad Pro would be available in three different storage sizes with a 256GB version.

Pricing will begin at $599 for the smallest version and will ship in the US at the end of the month. Apple said it sold 30 million four-inch handsets last year, however its handset sales have slowed in recent months in line with the overall smartphone market.

Some analysts are predicting up to a 15% decline in shipments in the first quarter of 2016 alone. "The smart phone market has definitely consolidated around five and six inch devices globally so the question is why has Apple come out with a slightly smaller version?" said Annette Zimmerman, a research director at analyst Gartner.

"It is not really to capture a trend, but these people who are on an iPhone 4 or 5 and are quite happy with the size. "It’s a way to upgrade them and obviously selling a phone with a smaller screen size helps with the margins on these devices," she added.

"I don’t think it will lead to the sort of strong growth we saw after the iPhone 6 came out, that would be really difficult to top."

Geoff Blaber from CCS Insight said there were "no surprises" but that the products were still "crucial" to Apple’s business.