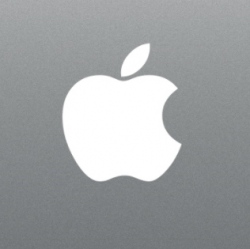 Samsung shut one of its two mobile phone factories in China in December, after a decline in market share in the country from No. 1 with 20 percent in 2013 to less than 1 percent in 2018.

Huawei and Xiaomi have phones that have better hardware (memory, processors, cameras) than Samsung and Apple but at half the price.

5G smartphones are going to be taking over in 2019. 5G-ready smartphones like the Samsung Galaxy S10, Huawei P30, and OnePlus 7 are scheduled for launch.

5G will be 15-50 percent faster day to day in the real world. Hypothetically, 5G be ten to twenty times faster than 4G. Full 4K movies could download in a minute or two.

5G will also provide a stronger signal in crowded areas. You should still have connections at a crowded sports stadium or a music festival.

Huawei will have a 5G phone that will be foldable.

The 5G Xiaomi Mi Mix 3 was confirmed in late October and is currently set for a Q1 2019 release date. Xiaomi Mi Mix 3 will have a magnetically sliding 6.39-inch OLED display embedded in a sleek bezel-less design (93.4% screen-to-body ratio), and a suite of hardware that includes a maximum of 10GB of RAM and 256GM of storage space, as well as a dual rear camera system (24MP + 2MP). The top-spec version will cost around £560 (US$720). It will launch in China, Europe and the UK.

Oppo is Chinese smartphone maker. They confirmed that it has successfully made a connection between a customized Oppo R15 smartphone and a 5G network.

Apple has a battle with Qualcomm. Therefore, 2019 Apple iPhones will not feature 5G. Apple will have to source its phones’ 5G modems from Intel and Intel 5G modems will not be available until 2020.