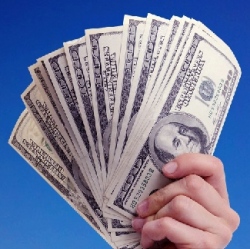 The World Bank will stop financing oil and gas exploration and extraction from 2019, it announced Tuesday at a climate summit seeking to boost the global economy’s shift to clean energy. "The World Bank Group will no longer finance upstream oil and gas, after 2019," it said in a statement in Paris, as a response to climate change.

The move, it said, was meant to help countries meet the greenhouse gas-curbing pledges they had made in support of the 2015 Paris Agreement to limit global warming.

"In exceptional circumstances, consideration will be given to financing upstream gas in the poorest countries where there is a clear benefit in terms of energy access for the poor and the project fits within the countries’ Paris Agreement commitments," the statement said.

The bank also announced it was "on track to meet its target of 28 percent of its lending going to climate action by 2020."

The World Bank’s mandate is to provide finance and other assistance to aid the economic advancement of developing countries.

It co-sponsored the one-day summit called by French President Emmanuel Macron to find ways to unlock the money needed for the global economy’s costly shift away from fossil fuels to less-polluting energy sources, and to shore up countries’ defences against climate-change induced weather disasters.

A lack of money has long been a constraint to the global effort to limit global warming, worsened by US President Donald Trump’s decision to withdraw America from the Paris Agreement and slash funding for climate projects.

In its 2016 annual report, the World Bank Group said it had invested just over $3 billion in "extractive industries", which also include mining, in 2016 — three times as much as the year before.