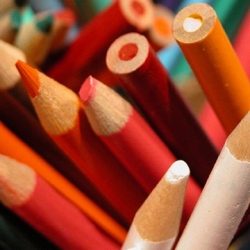 3D printing, or rapid prototyping as it is sometimes called, is a truly incredible technology. It’s actually been around since the mid-80’s, but it is only within the past decade that it has gained momentum towards becoming mainstream. 3d printing works by taking digital data (i.e. a digital 3d design) and using it to physically create three dimensional objects.

How does 3D printing work?

Extremely thin layers are added to each other to form 3D objects. The main strength of 3D printing and the thing that separates it from all other manufacturing technology, is the fact that highly intricate, multi-material objects can be created in just a few hours. 3d printers can create things that are literally impossible to create by any other means.

When will 3D printing be affordable for consumers?
As with most new technology, 3d printing must make the transition from being expensive and only used in industry to being cheap enough for widespread, personal use. Based on what has already been achieved by 3D printing, it is safe to say that in the future it will play a massive part in our lives. The only question is how long will it take for 3d printing to become a common consumer technology?

What’s already been done with 3D printing
Originally intended to be used solely for creating detailed prototypes (hence the name ‘rapid prototyping’), 3d printing is now used for a wide range of applications. Aerospace, defense and automotive companies all use 3D printing as part of their design and manufacturing processes.

Some of the most impressive uses of the technology have occurred in the medical industry. Last year a medical team in the Netherlands successfully implanted a replacement jaw into an elderly woman. The jaw was created using a 3D printer. This meant that it was a perfect match for the patient and was ready for dental implants immediately. The transplant was a resounding success, despite the fact that the procedure was the first of its kind using a printed implant.