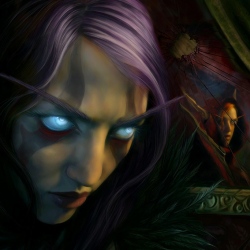 As Activision Blizzard prepares to release the Mists of Pandaria expansion for World of Warcraft, academic Ladan Cockshut wonders what it means for the future of the game.World of Warcraft is a big game. Really big. It’s big in numbers, big in reach, and big in size.

And the game is about to get bigger with the launch of its latest expansion on 25 September – Mists of Pandaria.

WoW’s trajectory from its roots as a single player computer game, Warcraft, in 1994 to its continued domination of the online multiplayer game market since its launch in 2004 illustrates how gamers often develop deeply rooted ties with the games they love to play. Once we become interested in a game and its franchise, we often want as much of its content for as long as possible. New editions or expansions to games are often as highly anticipated as a sequel to a popular film.

In the case of a massively multi-player (MMO) game such as WoW, its content has to be sustainable by design. Unlike other games with a beginning, middle, and end, an MMO is not designed with an end in sight. And getting gamers into a long-term relationship with such a game requires that there’s a lot to do.

As a result, WoW’s designers release new game content regularly. Mists of Pandaria represents Activision Blizzard’s fourth expansion of the game since its launch and the company claims that this is its most ambitious expansion to date. It does give players more to do by letting them go questing on a heretofore mist-shrouded island with a new race called the Pandaren, an anthropomorphised race of giant pandas.