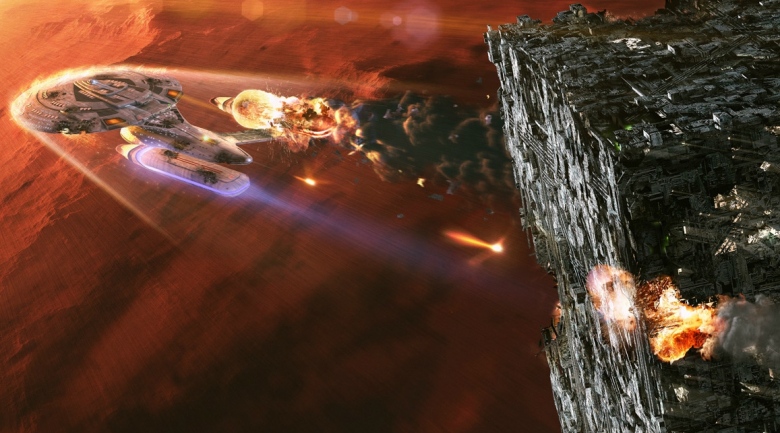 Without a doubt, no show has done more to promote a positive vision of the future and a limitless sense of possibility than Star Trek. It’s a series that has inspired several generations of fans, and helped to spur the development of actual technologies we now take for granted.

So it’s a crying shame that Star Trek’s vision of the future is totally incorrect. But the sooner we admit this, the faster we can embrace more realistic futures. Here’s everything that Star Trek gets wrong.

Nobody can deny that Star Trek made the world a better place. In fact, Star Trek is famous for its portrayal of all sorts of technological wonderments that we now possess in real life: flip phones, teleconferencing, wireless earpieces, touch screens, tablet computers, and more. We even have medical hydrosprays in the form of Jet Injectors and hand-held chemical detection units that resemble tricorders. And looking to the future, it’s very possible that we’ll develop replicators like the ones featured in the Next Generation series — what will eventually be referred to as molecular assemblers.

So ingrained is the Roddenberry vision of the future, most people assume it’s precisely how humanity’s future will play out — and anyone who disagrees with it is either a spoil-sport or a complete Luddite. It’s assumed pretty much across the board that we’ll eventually leave the cradle and fly off in our spaceships in hopes of rubbing elbows with green-blooded aliens. But there’s no way the future could actually look like Star Trek.

Instead, the future will be far different — and much weirder — than Roddenberry and other ST writers could have ever imagined. The challenge now is to admit that humanity is headed into a very different kind of future. It’s time to set aside Star Trek’s outdated vision of the future and focus on real possibilities…