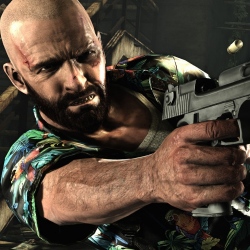 Beware the ides of May. Max Payne 3 debuts on May 15, a significant time for gamers that Rockstar Games has pretty much owned for the past few years. The game developer, a division of Take-Two Interactive, wants to repeat history by launching one of the year’s blockbuster games at a time when gamers are have traditionally embraced big games. Now that Electronic Arts/BioWare has released Mass Effect 3, gamers are looking for the next big game, and the next big releases will come in mid-May again.

Last year, Rockstar released the acclaimed LA Noire game in mid-May and sold nearly 5 million copies. In 2010, it released Red Dead Redemption and sold more than 13 million copies. Full told, those games generated more than $1 billion at retail. This year, Max Payne 3 will go up against Blizzard’s Diablo III, a long-awaited PC game that is also releasing on May 15.

Having played a couple of levels of Max Payne 3 hands-on, I’m looking forward to this game — which resembles a John Woo action movie — in a big way. If Max Payne 3 succeeds, it will give a much-needed boost to the hardcore game industry and help both Rockstar and Take-Two further diversify beyond the Grand Theft Auto series.

The good thing about the new Max is that Rockstar has created pent-up demand for it. It has taken its time with development and slow-cooked this piece in a franchise which hasn’t had a sequel since 2003. The game uses the Euphoria engine to deliver outstanding graphics, physics, and artificial intelligence on a plane far above most current-generation titles. The violence and blood are over the top.

Max Payne is a shooter fan’s shooter with Matrix-like bullet time that allows you to choreograph a ballet of death as you fly through the air in slow motion and blast enemies coming at you from multiple directions. The third-person combat is precise as a shooter game in a way that Uncharted 3: Drake’s Deception, one of the big hits of last season, was not. In Max Payne 3, your main concerns are to move, aim, shoot, and kill. You can precisely and fluidly control how to do that.

You can freeze time with a single button push and then execute a flying-dodge leap where you can target multiple enemies in a split second. As you do so, you can turn 360 degrees and see each bullet whizzing by with precise ballistics. If it hits a thin barrier, it will shatter it and go right into the heart of an enemy. But if you’re hiding behind strong cover such as a cement pillar, the bullets will thud into the pillar harmlessly. If you are hit with a kill shot, the scene shifts into slow motion and you have a second to shoot whoever fired at you. If you hit the enemy in this “last man standing” mechanic, then you are revived on the spot.

The game is also cinematic and told in a graphic novel style that flashes headlines from the narration on the screen and freezes scenes in comic book imagery. You feel like you are immersed in Max Payne, an ex-cop who lost his wife and is now an alcoholic detective. The context-based freeze frames allow game scenes to load without ever presenting you with an annoying loading screen. The movie-like cinematic scenes transition seamlessly into gameplay.

Max Payne 3 takes place several years after the events of Max Payne and Max Payne 2. Max leaves New York for Sao Paolo to serve as the bodyguard for Fabiana, the young wife of Rodrigo Branco, one of the country’s biggest business tycoons. A street gang kidnaps her, and Max has to get her back. In between the onslaughts of action, Max constantly gives Sam Spade, film-noir soliloquies that make you feel like you’re in a movie.

The lead writer is Dan Houser who, along with his brother Sam, is also one of the creative vice-presidents of Rockstar. The original was created by Remedy Entertainment’s Sam Lake, but this game is being built by Rockstar Vancouver in collaboration with studios in New England, London, and Toronto. They have made Max into a world-weary and cynical character whose aim is to find the truth of what is going on in a conspiracy that is much wider than just the kidnapping.

I expect this game to score above the 89 out of 100 and 86 review scores that the first two games got on Metacritic, a review aggregator.

Max feels every bullet that hits him and, in keeping with his character, he has to take tranquilizers to stop the pain. Max is such a bad ass that he could have 20 bullets in him and stop the agony with painkillers. If you run and gun into the open, you’re going to feel a lot of pain. The enemies are very smart in this game, and they have a habit of surrounding you. When you kill the last enemy in a scene, you can see the bullets rip through the thug in slow motion.

In the scenes that I played, Max goes to a soccer stadium to negotiate a ransom drop. It goes wrong, and Max has to battle the street gang while wounded. They steal the ransom money, and Max runs them down throughout the stadium, but a paramilitary group also gets into the middle of the fray. The fighting was tough and full of splattering blood, and the graphics were incredible. I had to fight multiple times to get past many scenes. You have to earn your way to each new painkiller and weapon you find along the way.

The scenes showed off how you can fight with a wide variety of weapons including fists and sniper rifles. The sniper rifle was tough because I had to fire ahead of running enemies to take into account the travel time of the bullet. I couldn’t take my time while shooting because I had to stop enemies from reaching Max’s companion. The character movements were fluid. Nothing looked fake. That’s extremely hard to pull off.

The submachine guns such as the M10 and Micro 9mm are lightweight automatic weapons that can be dual-wielded. You can rapid-fire them but maneuver as if you were holding pistols in your hands.

Rockstar recently showed off video of multiplayer combat which includes bullet-time as well. In multiplayer, a player can click to enter bullet time, and that will affect only players who are in the same field of view. Also in multiplayer, gamers will be able to form their own groups known as Crews that can carry out vendettas against rival groups.

The game was originally scheduled for release in 2009, but it was pushed back repeatedly until it was given its final launch date recently. It’s probably a good thing it was pushed back, since Rockstar’s brand and reputation for quality is so big now that the game will likely reach a much larger audience. Strauss Zelnick, chairman of Take-Two Interactive, said it will be “one of our most exciting releases ever.”

You will be able to play the game on the Xbox 360, PlayStation 3, and PC. It debuts May 15 on the consoles in North America and May 18 in Europe. PC players will see it on May 29 in North America and June 1 in Europe. Meanwhile, the original Max Payne will see release on iOS and Android devices later this month. Rockstar has begun a big marketing campaign that includes painted murals on the side of the Figueroa Hotel in downtown Los Angeles, pictured below. Gamers are getting a preview of the title this weekend at PAX East in Boston.

It will be interesting to see just how big Max Payne 3 will be and how soon Rockstar will follow-up with its next major title, Grand Theft Auto V. It is gratifying to see Rockstar continue to set the pace for innovation in traditional video games.