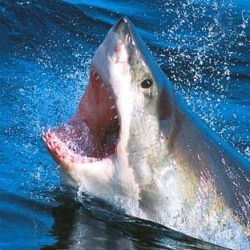 8 million tonnes of plastic waste find their way into the world’s oceans each year. The study is said to be the best effort yet to quantify just how much of this debris is being dumped, blown or simply washed out to sea. Eight million tonnes is like covering an area 34 times the size of New York’s Manhattan Island to ankle depth.

The details were released at the annual meeting of the American Association for the Advancement of Science (AAAS). Dr Jenna Jambeck, the study’s lead author from the University of Georgia, had another way to try to visualise the scale of the problem. “The quantity entering the ocean is equal to about five plastic grocery bags full of plastic for every foot of coastline in the world,” she told BBC News.

Researchers have for some time now reported on the mass of plastic caught up in ocean currents, just going round and round. What is slightly shocking about this new study, also published in Science Magazine, is that it helps quantify all the plastic in our oceans – not just the material seen floating on the sea surface or sitting on beaches.

The newly published estimate is 20 to 2,000 times greater than the reported mass of plastic trapped in high concentration in ocean gyres. It is clear now that large quantities of debris must be hidden on the seafloor or have been weathered into tiny fragments that are just not apparent to casual surveys. The latter are being ingested by marine animals with unknown consequences.