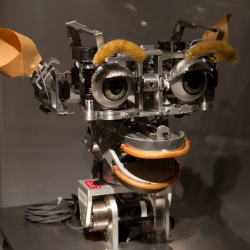 European scientists have turned on the first part of a web-based database of information to help them cope. Called Rapyuta, the online "brain" describes objects robots have met and can also carry out complicated computation on behalf of a robot.

Rapyuta’s creators hope it will make robots cheaper as they will not need all their processing power on-board. The Rapyuta database is part of the European Robo Earth project that began in 2011 with the hope of standardising the way robots perceive the human world.

Instead of every robot building up its own idiosyncratic catalogue of how to deal with the objects and situations it encounters, Rapyuta would be the place they ask for help when confronted with a novel situation, place or thing.

In addition, the web-based service is able to do complicated computation on behalf of a robot – for example if it needs to work out how to navigate a room, fold an item of clothing or understand human speech.

The system could be particularly useful for drones, self-driving cars or other mobile robots who have to do a lot of number crunching just to get round, said Mohanarajah Gajamohan, technical head of the project at the Swiss Federal Institute of Technology in Zurich.