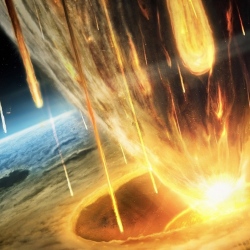 A LACK of cash could end the only survey dedicated to searching the southern skies for Earth-grazing comets and asteroids. That would create a blind spot in our global view of objects that could cause significant devastation should they hit Earth.

The Siding Spring Survey uses images from the Siding Spring observatory in Australia as part of the global Catalina Sky Survey, an effort to discover and track potentially dangerous near-Earth objects. Astronomers sift through virtually identical images of the sky, looking for moving objects.

Catalina uses a range of northern hemisphere telescopes – and the Sliding Spring Survey. But in October, Catalina cut off cash to the survey due to growing costs, caused partly by changes in the exchange rate between the Australian and US dollars. That decision was "very difficult", says Steve Larson, who heads Catalina.

Since then, the southern survey has been limping along with temporary funding from the Australian National University in Canberra, but the extension is set to expire at the end of July, says survey operator Rob McNaught.

The leftover building blocks of planets, near-Earth objects orbit the sun in highly elliptical orbits, and sometimes graze or hit Earth. Seeing an asteroid before it hits could save lives by providing time to evacuate a region. "Given the very best circumstances, you can predict an impact to 1 second and 1 kilometre," says McNaught. "There’s no other natural disaster that you can do that for."

But without a southern lookout, any object approaching Earth from below 30 degrees latitude would be invisible, says Tim Spahr of the International Astronomical Union’s Minor Planet Center in Cambridge, Massachusetts.

That won’t be much of a problem for massive objects like the asteroid that wiped out the dinosaurs. These are rare and astronomers estimate they have already found and are tracking 94 per cent of them via software models. The worry is asteroids about 30 metres wide, which could flatten a city. Such a hit is blamed for the Tunguska event in 1908, which levelled a 2000-square-kilometre swathe of forest in Siberia.