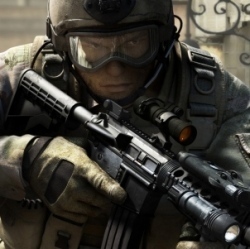 The consumer data provider linked the drop to a lack of major new releases.

Other analysts also pointed to worries about the economy and said this might have an impact on the upcoming launch of Sony’s PlayStation Vita console.

Microsoft’s Xbox 360 held onto its title as the top selling hardware platform for the sixth month running.

"While the lack of new launches was a major reason for software declines, games which launched in the last three months of 2011 also performed poorly in January 2012, down 31% in units compared to fourth quarter launches in January 2011," NPD analyst Liam Callahan added.