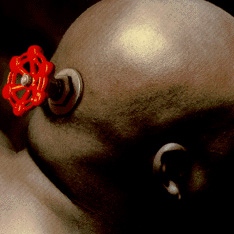 Building large updates with additional content was key to maintaining player interest and expanding the player base.

"Although small updates to the game started immediately after launch, it wasn’t until the medic update in 2008 that significantly changed revenue," Ludwig said. "Adding so much stuff at once gave the press and community a reason to talk about it, which got more people to try it for the first time."

However, Valve soon found that the business model for a triple-A boxed game didn’t quite mesh with their development strategy.

"The trouble is, when you’re a AAA box game, the only people who can earn you new revenue are the people who haven’t bought your game. This drives you to build new content to attract new people," Ludwig said, "There’s a fundamental tension between building the game to satisfy existing players and attract new players."

In order to resolve this tension, Valve continued to release updates that delivered new maps, game modes, weapons, and even entire new game systems (in-game items, a marketplace, and a trading system, for example) with the eventual goal of switching over to free-to-play.

In order to make a successful free-to-play game, Valve needed to make sure that its players were constantly coming back to Team Fortress 2 and checking back in. Part of its strategy entailed engaging its player community in as many different ways as possible.

Ludwig showed TF2’s Sniper-focused update as an example. Each content update started with a teaser trailer that hinted at several possible new items or features, and Valve developers would monitor the community reaction in the forums to determine which aspects caught the players’ attention. "We found people in the forums talking about how cool it would be if the Pyro could light the sniper’s arrows on fire. To be honest, we hadn’t considered it, but we were able to implement it by the time the update shipped," Ludwig said.

In another instance, players picked up on a blueprint displayed in passing within the teaser trailer for the Engineer-focused update of a mechanical hand item. Ludwig explained that "[The players] didn’t realize it, but they were indirectly voting on the content of the update. When the update shipped, it included that robot hand."

If Valve was going to engage its player community outside the game itself to try and maintain interest in TF2, it was going to have to do it well, Ludwig stressed. "It’s important to make the out-of-game components to the updates just as compelling as the in-game components. This is something that MMOs do really well. In our case, this means telling a story with multiple parts."

But the community relationship wasn’t limited to soliciting and monitoring feedback. Valve gave its players several opportunities to contribute to the game itself as well by designing game maps and proposing in-game items. "At this point, more than half of the items in TF2 are contributed by the community. Pretty much every place you give the community a chance to change the game, they’ll do it, and they’ll probably do a better job than you would," Ludwig said, "One more way that the community contributed to updates is by building maps. Up to this point we’ve shipped 19 community maps."