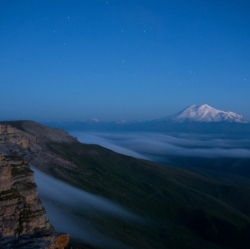 The US Senate has voted overwhelmingly in agreement that climate change is real, with a staggering 98 votes to 1. All that remains is for them to agree on the cause. While the British government has its own climate change committee, what the US thinks is more important given the rather huge levels of greenhouse emissions coming out of the States.

The vote, Circa reports, was a non-binding amendment to the controversial Keystone XL pipeline bill, which declares that climate change is "not a hoax". Surprisingly, senators who had spoken out previously to declare that climate change wasn’t a thing, such as Oklahoma’s James Inhofe, even voted in support. The single "no" vote came from Mississippi’s Roger Wicker.

However, a second non-binding amendment, which laid the blame for climate change at the feet of human kind, failed to pass. Despite unexpected Republican support, the amendment failed to secure the 60 votes required to pass. So as far as the US Senate is concerned, climate change is real, it just can’t decide what’s causing it.