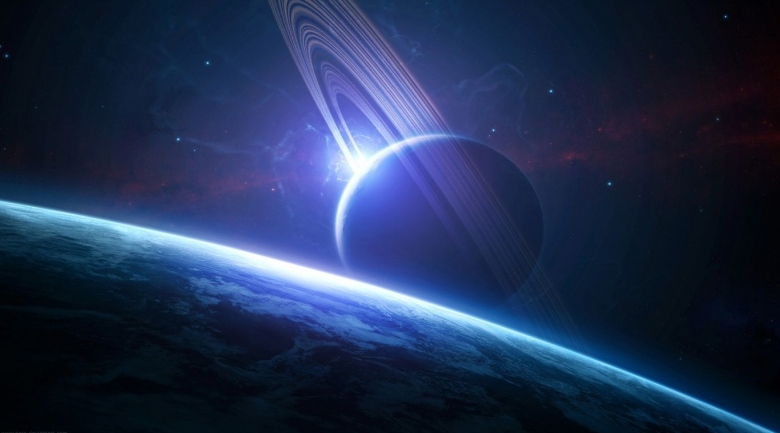 Kepler-36b is a rocky planet only about 1.4 times the size of Earth. It’s not habitable, though: at only 11 million miles from its star, nothing is likely to survive there for very long, and the surface is probably completely molten. The next planet out in the system, Kepler-36c, is a hot gas giant about the size of Neptune, and it orbits at 12 million miles from the same star.

Every 97 days, the orbits of Kepler-36b and Kepler-36c sync up, and the two planets pass within less than five Earth-moon distances of each other. In addition to putting on one heck of a sky show, the tidal forces generated by the gravitational interactions of the two planets would make for some bodacious waves to surf, if either planet had oceans, which they don’t.

The confusing bit about all this for planetary scientists is how two planets in such similar orbits ended up with entirely different compositions. You’ll notice that our solar system is well differentiated, with rocky planets in close and gas giants farther out — with the exception of Pluto, which doesn’t count. The planets are arranged this way because the solar system formed from a big flat disk of material, with the heavier stuff (rocks) in closer to the sun and the lighter stuff (gasses) out on the edges. It’s weird, then, that the Kepler-36 system has two planets in nearly the same orbit, but one is a rocky super-Earth and one is a gas giant like Neptune.

Fortunately, the technique that astronomers used to detect these planets (searching for resonant oscillations in stars) has only just been developed, and the Kepler-36 system is its first success, meaning that there are likely many more planetary pairs like these out there just waiting to be discovered. With enough data, it’s definitely possible that we’ll be able to figure out how systems like these form, which could help us refine our search for planets capable of supporting life.