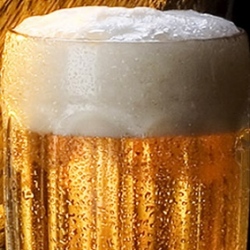 The UK doctors who devised the test say anyone who regularly drinks more than three or four bottles of wine a week, for example, is at significant risk. Ultimately, GPs could offer the test to patients, especially since many people do not recognise unsafe drinking. Often damage is only noticed at a late stage as the liver starts to fail.

Although the liver can heal itself to some extent, repeated onslaught will cause irreparable damage.

By the time the patient reaches hospital, the liver can be very scarred. And even when they stop drinking entirely, in many cases it is too late and they will die of liver complications over the next 12 months. The traffic-light test can give an early colour-coded warning – green means damage is unlikely, amber means there is a 50:50 chance it is there, and red means the liver is most probably damaged and potentially irreversibly.

It combines a routine liver test doctors already use with two others that measure the level of scarring, also known as fibrosis.