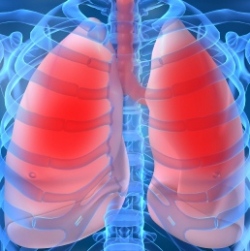 Physicians in India have identified a form of incurable tuberculosis there, raising further concerns over increasing drug resistance to the disease1. Although reports call this latest form a “new entity”, researchers suggest that it is instead another development in a long-standing problem.

The discovery makes India the third country in which a completely drug-resistant form of the disease has emerged, following cases documented in Italy in 20072 and Iran in 2009

However, data on the disease, dubbed totally drug-resistant tuberculosis (TDR-TB), are sparse, and official accounts may not provide an adequate indication of its prevalence. Giovanni Migliori, director of the World Health Organization (WHO) Collaborating Centre for Tuberculosis and Lung Diseases in Tradate, Italy, suggests that TDR-TB is a deadlier iteration of the highly resistant forms of TB that have been increasingly reported over the past decade. “Totally resistant TB is not new at all,” he says.

Since the 1960s, two drugs — isoniazid and rifampicin — have been the standard TB treatment. Although episodes of resistance cropped up periodically, during the 1990s the incidence of multiple drug resistance grew significantly, leading researchers in 2006 to refer to it as extensively drug-resistant tuberculosis (XDR-TB). Surveillance data from the WHO indicate that XDR-TB is present in at least in 58 countries, with an estimated 25,000 cases occurring each year.