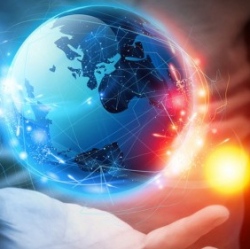 The third reactor at the Tomari plant, in Hokkaido prefecture, is shutting down for routine maintenance.

It leaves Japan without energy from atomic power for the first time for more than 40 years.

Until last year, Japan got 30% of its power from nuclear energy.

Hundreds of people marched through Tokyo, waving banners to celebrate what they hope will be the end of nuclear power in Japan.
Since the Fukushima disaster, all the country’s reactors have been shut down for routine maintenance. They must withstand tests against earthquakes and tsunamis, and local authorities must give their consent in order for plants to restart.

So far, none have.

Two reactors at the Ohi plant in western Japan have been declared safe. The government says they should be restarted to combat looming shortages.

However, regional authorities would still have to give their approval.

Ministers have warned Japan faces a summer of power shortages.

The BBC’s Roland Buerk, in Tokyo, says the government could force the issue, but so far has been reluctant to move against public opinion.

Organisers of the anti-nuclear march in the capital estimated turnout at 5,500.

Demonstrators carried banners shaped as giant fish. The "Koinobori" banners, traditionally the symbol of Children’s Day, have been adopted by the anti-nuclear movement.

Anti-nuclear demonstrators carried the carp-shaped banners that have become a symbol of their movement. "There are so many nuclear plants, but not a single one will be up and running today, and that’s because of our efforts," campaigner Masashi Ishikawa told the crowd.

Engineers began the process of shutting down the final Tomari reactor, inserting control rods to bring the fission process to an end.