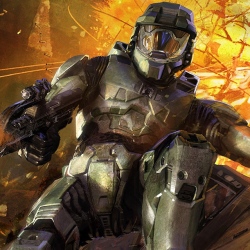 This sounds a bit far-fetched, but Microsoft’s just won a patent for a device that creates an “environmental display” by projecting a 360-degree game world around you on the walls. It then tracks your movements in 3D space, moving the game world with you just like a holodeck. Could this be the next, incredible, evolution of the Xbox 720 and Kinect?

Combined with some Kinect glasses, this type of tech could allow you to enter a VR world, just projected around you, and even view pseudo-holograms standing in your room with you. It’s basically a holodeck, minus the science fiction, of course. Now that would be truly incredible, but you might need to repaint your living room, and, errr, remove all the furniture, I guess.

Still, that would totally blow away any other form of gaming. Imagine a 360-degree view within Call of Duty, where your enemies encircle you as you sprint, dodging bullets, to safety. Now that’s what I call next-generation gaming.