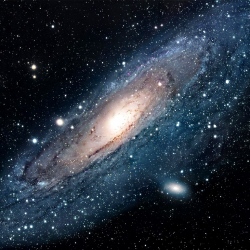 A billionaire Internet mogul has awarded a record US$27 million to nine physicists for their work on fundamental theory. Yuri Milner, who has made his fortune investing in social-media companies, announced the newly created Fundamental Physics Prize this morning. The winners work on difficult problems ranging from the Universe’s early inflation to string theory (see ‘Theoretical millionaires’).

At $3 million a head, the new prize dwarfs the Nobel Prize, which this year is valued at around SEK8 million ($1.2 million). It also exceeds other well-known awards such as the Kavli Prize and the Shaw Prize, which are valued at $1 million each.

News of the award came as a shock, even to the winners. "It was a complete surprise," says Edward Witten, a theoretical physicist at the Institute for Advanced Study in Princeton, New Jersey, who won an award for his work on string theory.

At 50 years old, Milner is something of an overnight sensation in California’s Silicon Valley. In the past three years, he has invested heavily in social-media companies including Twitter, Facebook and Spotify. Today his various investment funds are worth an estimated $12 billion, and his private worth is set at $1 billion.

He created the prize out of a love of theoretical physics, which he studied at Moscow State University and the Russian Academy of Sciences during the 1980s and early 1990s. The initial prizewinners were chosen by Milner himself. Unlike other awards, such as the Nobel Prize in Physics, the new prize can be given to theorists whose ideas have not yet been supported by data. The goal is to reward groundbreaking concepts that are driving theoretical thinking forward.

"The intention was to say that science is as important as shares trading on Wall Street," Milner told Nature. The money comes with no strings attached, but he hopes that the prize will raise public recognition of theoretical physics and that the award recipients will deliver public lectures that will become as popular as Richard Feynman’s famous lectures on physics.