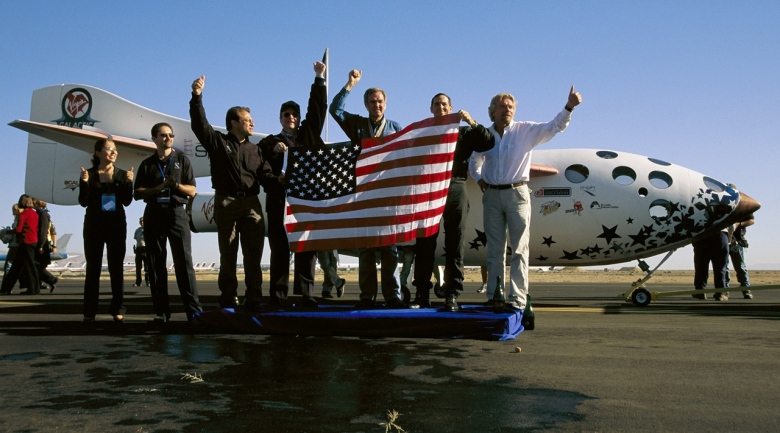 Now that Bill Nye has been unfairly removed from the travesty of a television program Dancing With the Stars, there is a strange, science-y, reality TV show-shaped hole in my heart.

But perhaps billionaire party-dude archetype Sir Richard Branson can step in and fill it: his private space airline Virgin Galactic is offering a trip to the stars for the winner of a new reality show. The show is called Space Race.

And that’s about all we know. Here’s a snippet of a press release for it:

“Space Race” is a groundbreaking, elimination competition series where everyday people compete for the ultimate prize – a trip for the winner into space on Virgin Galactic’s SpaceShipTwo for a life-changing experience few people have ever enjoyed, all captured on camera. “Space Race” will have unprecedented access to Virgin Galactic’s home in the state-of-the-art Spaceport America in New Mexico, the departure point and training and preparation center for space flights.

"Elimination competition"? Sorta sounds like the losers are thrown out of space station bay doors when they’re voted off.

The winner, meanwhile, gets ferried to space on one of Virgin’s future-hip spaceships; Virgin gets publicity for its space cruises, which they plan to to start launching in 2014; and NBC gets a TV show. Everyone wins. Except the people on the show who do not win.