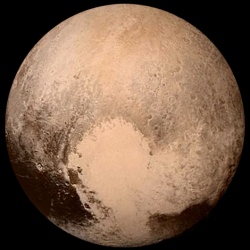 Scientists are now preparing for a follow-up mission to Pluto. There would be an orbiter that will fully investigate  Pluto. It has been years since NASA’s New Horizons had a flyby study of Pluto. Alan Stern, the principal investigator of New Horizons, told Gizmodo that they are planning to return to Pluto with an orbiter mission that would remain and examine the planet for years.

This time it would not be just a simple flyby like New Horizons. Stern added that it would have much more advanced instrumentation and could map every detail of the planet and uncover all the complexity they discovered.

Stern and other 34 scientists have met in Huston, Texas, a few days ago to map out what an orbiter mission would look like. Some of them are the New Horizons members. Stern also said that this coming October, they plan to have a workshop on their new mission idea at the 49th meeting of the Division of Planetary Sciences.

They are hopeful that their idea of coming back to Pluto will materialize in time for the next Planetary Science Decadal Survey. This is a comprehensive report prepared for NASA and Congress by the planetary science community. Stern said that the next Decadal Survey will begin being compiled by 2020.

Meanwhile, New Horizons had captured stunning images of Pluto during its flyby in 2015. It showed Pluto with huge plains of nitrogen ice and mountain ranges with the altitude of about 11,000 feet tall. The scientists also speculated that Pluto has a liquid ocean underneath its surface, even though it is located around 10.67 billion miles from the Sun, according to The Verge.