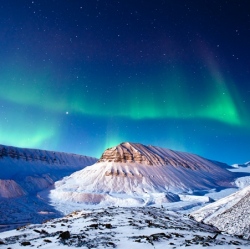 The Wall Street Journal pointed out yesterday that while sales of point-and-shoot cameras have declined steadily over the past few years, DSLRs and other interchangeable-lens cameras have been doing great. That’s right.

People don’t want to just take more photos than ever, they want to take better photos, with big-kid cameras. And that’s not in spite of the smartphone revolution. It’s because of it.

DSLRs and mirrorless cameras are being scooped up left and right. But isn’t photography supposed to by dying? I thought the depraved culture of iPhones, Instagram, and filters was destroying image-making as we know it! It’s tempting to assume that’s what’s happening. The reality is anything but. If anything, iPhone photography actually makes people long for more. They’re intrigued by the cool things they can make with their dinky phone camera, and are inspired to take it to the next level.

This is part and parcel of an expanding visual culture, where images are playing an increasingly vital role in our day-to-day lives. It’s an expansion that owes credit to two things: the internet, and the quality and convenience of camera phones. For some, it’s been a perilous progression; professional image-makers are seeing their jobs replaced by amateurs, as when the Chicago Sun-Times replaced its entire photo staff with iPhone-wielding writers. That’s an extreme case, of course, but side effects like that can be painful.

But the net-gain is that more people are interested in photography. More people seek to learn its nuances, and over time, learn to demand better from their cameras than what an iPhone or HTC One or Lumia 1020 can provide. Of course, buying a fancy new DSLR doesn’t make you a better photographer any more than an Instagram filter does. But it can open the doors for people who want to develop skills and train their eye.

Now that most new DSLRs can connect right to your phone for easy sharing via Wi-Fi, interest will expand even further. Soon enough, the smartphone features people love will be present in even high-end cameras. We have already seen it in Samsung’s Galaxy NX, which has interchangeable lenses, a viewfinder, and runs Android with LTE connectivity. This new class of camera will give people even more incentive to invest in photography.