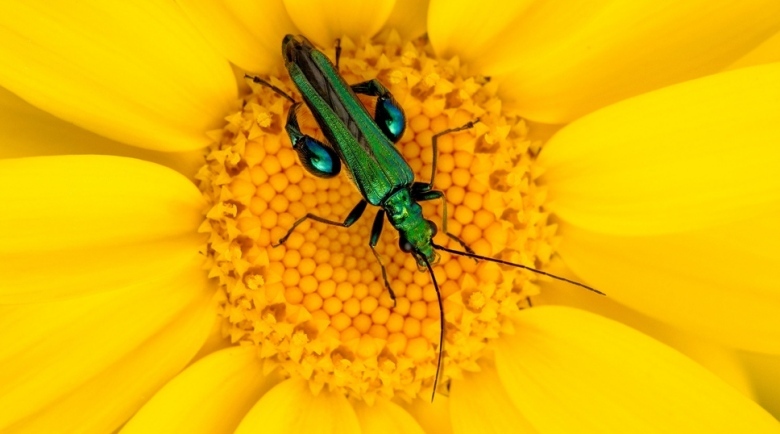 Your genome is the software that runs your body. It is composed of 3.2 billion base pairs (or letters), that code for many of the things that makes you who you are. Until recently, it’s been a very long, difficult and expensive process to "read" these letters and even more difficult to understand what they do, and how to manipulate them. However, that is starting to change:

This cost trajectory is unheard of, and it’s allowing us to do some very useful and productive things.

Data Mining + Genomics: We can now fully sequence millions of individuals’ full genomes, and then mine all of that data to translate what the genome means. Each person’s genome produces a text file that is about 300 gigabytes.

When we compare your sequenced genome with millions of other people’s genomes and other health data sets (like your microbiome, metabolome and MRI data), we can use machine learning techniques to correlate certain traits (eye color, what your face looks like) or diseases (Alzheimer’s, Huntington’s) to factors in the data and begin to develop diagnostics/therapies around them.

N-of-1 Care: This is one of the most powerful and important changes coming in healthcare. When we understand your genome, we’ll be able to understand how to optimize "you." We’ll know the perfect foods, the perfect drugs, the perfect exercise regimen, and the perfect supplements, just for you. We’ll understand what microbiome types (gut flora) are ideal for you.

We’ll understanding which diseases and illnesses you are most likely to develop, and we’ll be able to prevent them from developing (rather than trying to cure them after the fact). Right now "healthcare" is actually "sick care"; your doctor tries to find quick fixes to make you feel better. With genomics, we’ll tackle the root of the problem and eventually eliminate many diseases altogether.

Now that we can read the genome, let’s talk about changing it; What Is CRISPR/Cas9?

This past week, scientists from London’s Francis Crick Institute applied for approval to edit genes in human embryos. If approved, it will be the world’s first approval of such research by a national regulatory body. Last April, a team out of Guangzhou, China reported that they’d been able to edit the genomes of human embryos.

What’s powering these advances? It’s a new gene splicing technique called CRISPR/Cas9, and it’s changing the game. CRISPR stands for "Clustered Regularly Interspaced Short Palindromic Repeats." It is a strand of DNA that was found in 1987 to be part of a bacterial defense system.

The CRISPR/Cas system (Cas stands for "CRISPR associated" genes) was found in prokaryotic bacterial cells to identify and splice *specific/targeted* foreign genetic material that may be harmful to the bacterium.

It turns out that we can actually use this same mechanism to target and splice specific strands of our DNA, in other words, the CRISPR/Cas system is a way to **edit** our genome. We can remove specific sequences, and we can insert specific nucleotide modifications at specific target locations.

Most importantly, unlike other gene-editing methods, it is cheap, quick, easy to use, and more accurate than previous methods, and as a result, CRISPR/Cas has swept through labs around the world as THE way to edit a genome. With CRISPR, we will soon have the tools to eliminate diseases, create hardier plants, wipe out pathogens and much, much more.

Healthcare today is like a repairman who is trying to constantly fix a leaky roof by putting a bucket under the leak. Healthcare tomorrow is like using a scanning device to find the weakest part of the roof and reinforce it before the leak begins. In the next decade, advances in genome sequencing, data analytics, synthetic biology and stem cell therapeutics will allow us to tackle the roots of the problems.