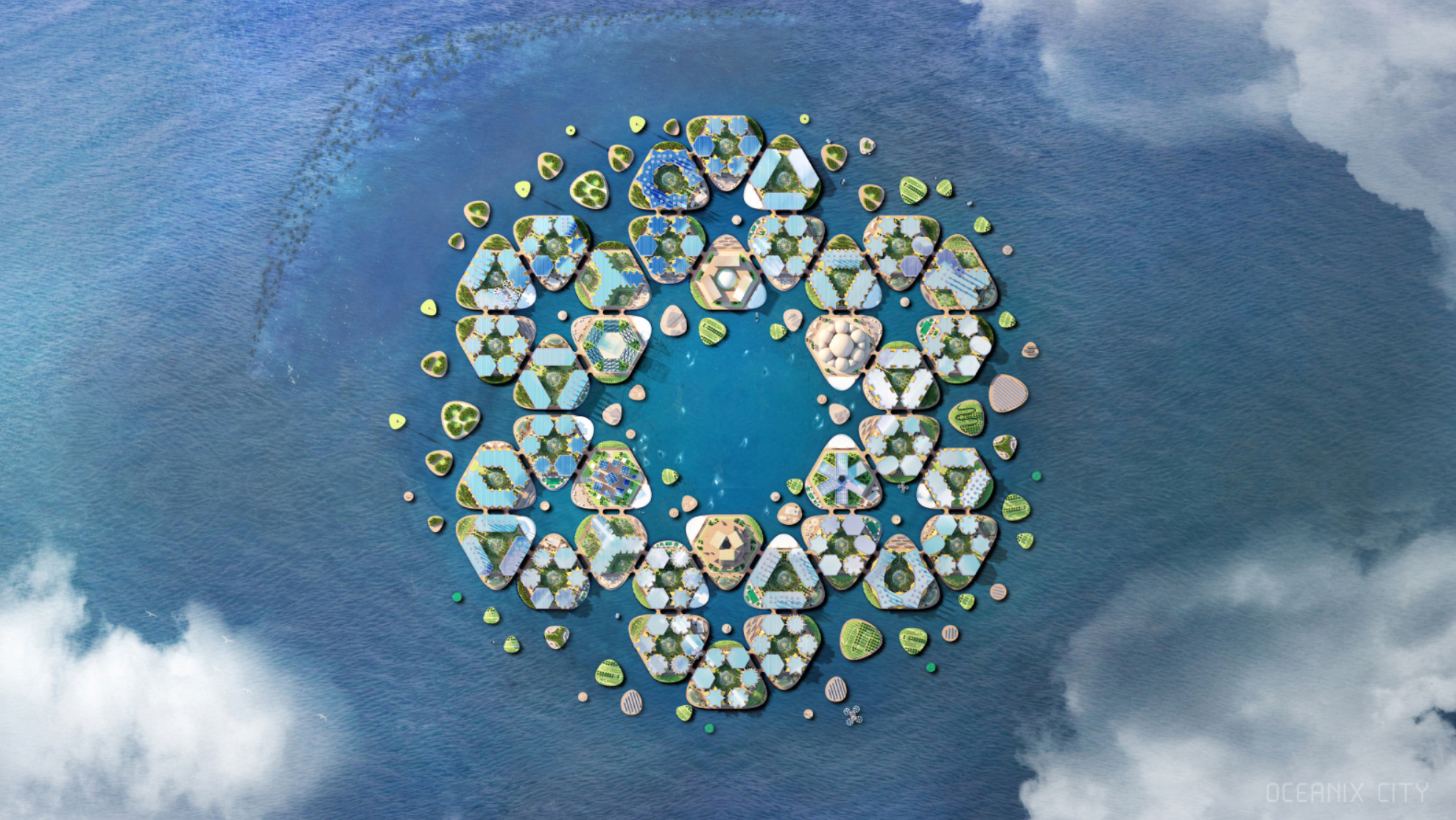 Bjarke Ingels Group (BIG) has experience producing floating architecture but its latest proposal is on a much larger scale than before. In collaboration with non-profit Oceanix and MIT’s Center for Ocean Engineering, the firm has unveiled an ambitious concept for a floating city with a population of up to 10,000.

The Oceanix City proposal was created as part of UN-Habitat’s New Urban Agenda and was first unveiled during a meeting at the United Nations that also involved the Explorers Club, an American multi-disciplinary science society. The impetus behind the project is ongoing concern about rising sea levels and climate change.

“By 2050, 90 percent of the world’s largest cities will be exposed to rising seas,” says the press release. “The vast majority of coastal cities will be impacted by coastal erosion and flooding, displacing millions of people, while destroying homes and infrastructure.”

If it was built – and as far as we know there are no immediate plans to do so – Oceanix City would measure 75 hectares (185 acres), spread over floating platforms. The idea is that the floating platforms would be prefabricated on land and grouped into clusters of six to create a “village” of up to 1,650 residents. A total of six villages would then be grouped together around a central harbor.

All buildings would be kept below seven stories-high to ensure a low center of gravity and mitigate the effects of high winds. They would also be made from sustainable materials like bamboo and feature large flat roofs to aid shading and offer space for solar panels.

There would be a focus on farming too, both on land and, below sea level, floating reefs, seaweed, oysters, mussel, scallop and clam farming. Residents would get around on electric vehicles.

The sea is our fate – it may also be our future,” says BIG founder Bjarke Ingels. “The first sustainable and self-sustained floating community Oceanix City is designed as a human made ecosystem channeling circular flows of energy, water, food and waste. Oceanix City is a blueprint for a modular maritime metropolis anchored in the UN’s Sustainable Development Goals.

“The additive architecture can grow, transform and adapt organically over time, evolving from a neighborhood of 300 residents to a city of 10,000 – with the possibility of scaling indefinitely to provide thriving nautical communities for people who care about each other and our planet.”