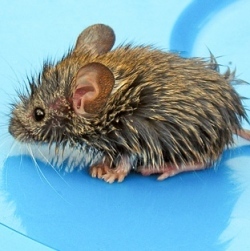 The study published online in eLife – a new peer-reviewed, open access journal – defined average life span as the point at which half the members of a given test group remained alive. A study to determine differences in maximum life span is ongoing: While none of the untreated mice lived longer than about 3 years, some of the female mice that overproduced FGF21 were still alive at nearly 4 years, the researchers report.

FGF21 seems to provide its health benefits by increasing insulin sensitivity and blocking the growth hormone/insulin-like growth factor-1 signaling pathway. When too abundant, growth hormone can contribute to insulin resistance, cancer, and other diseases, the researchers said.