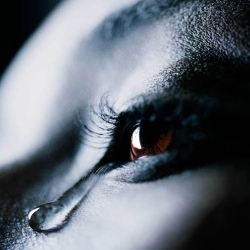 In the startup community, there’s a real stigma to depression. Every time someone comes around and asks ‘Hey, how’s it going?’ you’re always like ‘Best day ever, man! Killing it! We’re crushing it!’ You have to do that."

EARLIER THIS MONTH, ON A SUNDAY MORNING, the startup world woke up to that rare stripe of news which quietly sends shockwaves reverberating throughout an entire culture of people: Ilya Zhitomirskiy, 22 years old, had passed away. The cause of death “appears to be a suicide,” noted a San Francisco police officer who spoke with CNN. A forthcoming coroner’s report will make a final determination. Mr. Zhitomirskiy was one of the four co-founders of Diaspora*, once breathlessly hyped in a May 2010 New York Times article as a “cry to arms” against Facebook, in a story that employed a classic tech narrative: four brilliant young men, on the verge of changing the world, subsisting on ramen and pizza.

Y Combinator’s Hacker News link to the item racked up pages of comments, many devoted to shouting down those who wanted to have a discussion about depression in the technology and startup community, noting it as an inappropriate moment for that topic. One user noted that a breaking news thread announcing Mr. Zhitomirskiy’s death was “a terrible place to have a discussion about ‘the stresses of life … related to tech.’”

Another disagreed: “We don’t talk about suicide in society very well let alone within the startup community. Founders find themselves in extremely stressful situations and living lifestyles that exacerbate the effects of this stress.”

This second comment read in contrast to the first, whose final suggestion on the matter was to “have that discussion inside your head” for the time being, and then go talk about it some other time.