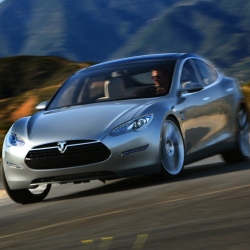 An extended campaign in Nevada by Google has led to a new host of provisions which will allow automated cars to legally drive in the state. Starting March 1st, 2012 innovators like Google can officially apply for a new kind of robot driver’s license that will give them permission to openly test their cars on the road. Automated vehicles will be able to travel the same streets and highways as human drivers, with only a red license plate marking them as robots. Once research on those automated cars is complete (which may take years), the Nevada Department of Motorized Vehicles will issue them a neon green license plate – an indication that the robot drivers are good to go. Google, whose robotic Prius cars have already driven 200,000+ miles in California quasi-legally, will undoubtedly take full advantage of Nevada’s openness and further develop their technology for general use. Just as important, other states like Hawaii, Florida, and Oklahoma may follow Nevada’s example, paving the way for robot cars to operate all across the United States.