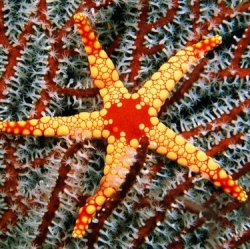 A "soft" robot inspired by squid and starfish can crawl, undulate, and squeeze under obstacles.

Built by a team at Harvard University, this robot has several advantages over those with treads, wheels and rigid parts – which have a limited repertoire of movements and may have trouble navigating difficult terrain.

The sea creature-inspired creation was manufactured with soft materials and its motion is driven by compressed air.

Details appear in the journal PNAS.

Professor George Whitesides, Robert Shepherd and their colleagues from Harvard University in Cambridge, US, said the work was inspired by animals such as squid and starfish that lack hard skeletons.