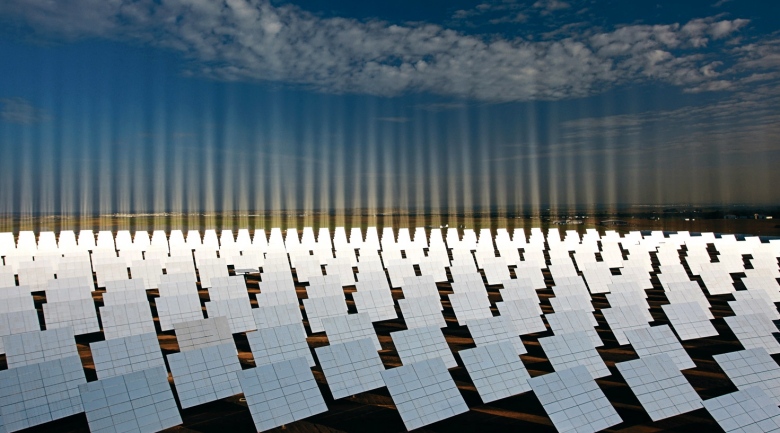 Solar power manufacturer Amonix announced on Tuesday that it has broken the solar module efficiency record, becoming the first manufacturer to convert more than a third of light energy into electricity, a goal once branded "one third of a sun" in a Department of Energy initiative. The Amonix module clocked an efficiency rating of 33.5 percent.

During a period of testing by the National Renewable Energy Laboratory back in May, a peak efficiency of 34.2 percent was achieved, which Amonix claims is the highest ever reached by a PV module under real-world conditions. However, Amonix is only now drawing attention to the breakthrough, which saw its own record of 30.3 percent efficiency broken.

Amonix modules employ concentrated photovoltaics (CPV) technology, which add optical whizbangery such as mirrors and lenses to concentrate more direct sunlight onto individual solar cells. The technology is not to be confused with concentrated solar power, which applies similar optical technology to solar thermal systems which heat water, but also generate electricity with the addition of a heat engine.