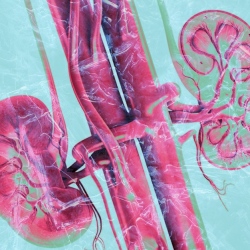 Sarcoma is uncommon type of cancer of the bone and soft tissue that can affect any part of the body. Over the next three years, the Sarcoma Genomics England Clinical Interpretation Partnership (GeCIP), aim to find answers to some of the most fundamental questions about this type of cancer.

Professor Adrienne Flanagan, UCL Cancer Institute, is leading the research project. She says: “What we have now is a major opportunity to get an unprecedented understanding of sarcoma cancer on a molecular level. Our lack of knowledge surrounding the different sarcoma subtypes on a genomic basis and the way they develop and evolve, has led to a current treatment vacuum for the disease. The funding from Sarcoma UK is a catalyst that enables us to look at all sarcomas and analyse what happens across all subtypes. We’re hoping that this research will enable us to better identify patients who are suited to specific targeted therapies, provide personalised medicines and offer clinical trials.”

Funded by the national bone and soft tissue cancer charity Sarcoma UK, the research will allow the GeCIP team to examine and catalogue the breadth of variation in genetic mutations in sarcoma for the first time. Like other cancers, sarcoma is caused by changes in the genetic code, similar to spelling errors in the instructions for a person’s genetic make-up. It is hoped that having data from the samples – the largest ever collection of its kind internationally – will make genomic patterns or trends far easier to spot. The data will also give researchers a valuable insight into how sarcoma develops resistance to drugs and treatments. Any new understanding of the disease will be used to drive improvements in personalised treatments and targeted therapies for patients, and ultimately increase the chances of surviving sarcoma in the long term. Currently the five-year survival rate for sarcoma in the UK is 55%.

The resulting comprehensive library of genetic alterations in sarcoma formed by the end of the research will provide a crucial resource for researchers studying sarcoma in the future, as well as a platform for chemists and pharmacologists in their development of new drug strategies.

A combination of factors currently make sarcoma difficult to diagnose, treat and manage. The cancer can occur in any part of the body, both visibly or internally in the body, where it can grow unnoticed. There is a general lack of awareness of the cancer and an overall lack of investment in research. In addition to this, clinical trials into treatments for sarcoma are seen as a less viable prospect for pharmaceutical companies because of low incidence rates of sarcoma spread even further across the cancer’s numerous subtypes.

Richard Davidson, Chief Executive of Sarcoma UK, says: “This is one of the most important pieces of research looking into a cancer that historically has been frequently overlooked. The amount we can learn from this piece of research and the impact it could have on the thousands of people affected by the cancer in the UK and beyond is vast. Our understanding of sarcoma lags far behind that of the more common cancers, so this is a genuine opportunity to bring together some of the top minds in sarcoma research to work collaboratively to tackle this neglected cancer.