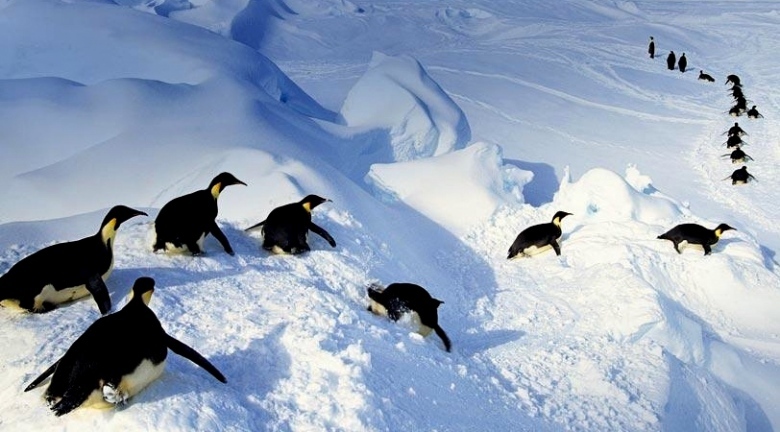 A massive ancient subglacial trough, deeper than the Grand Canyon, has been discovered by a team of UK experts.

The research involved scientists from Newcastle University, the University of Bristol’s Glaciology Centre, the British Antarctic Survey and the universities of Edinburgh, Exeter, and York.

They charted the Ellsworth Subglacial Highlands, an ancient mountain range buried beneath several kilometres of Antarctic ice, by combining data from satellites and ice-penetrating radars towed behind skidoos and on-board small aircraft.

The researchers spent three seasons investigating and mapping the region in West Antarctica, uncovering a massive subglacial valley up to 3 kilometres deep, more than 300 kilometres long and up to 25 kilometres across. In places, the floor of this valley is more than 2000 metres below sea level.

The mountain range and deep valley were carved millions of years ago by a small icefield similar to those of the present-day Antarctic Peninsula, or those of Arctic Canada and Alaska.

Professor Martin Siegert, Professor of Geosciences at the University of Bristol, said: "While the idea of West Antarctic Ice Sheet growth and decay over the past few million years has been discussed for decades, the precise location where the ice sheet may originate from in growth phases, and decay back to in periods of decay, has not been known.

"By looking at the topography beneath the ice sheet using a combination of ice-penetrating radio-echo sounding and satellite imagery, we have revealed a region which possesses classic glacial geomorphic landforms, such as u-shaped valleys and cirques, that could only have been formed by a small ice cap, similar to those seen at present in the Canadian and Russian High Arctic. The region uncovered is, therefore, the site of ice sheet genesis in West Antarctica."