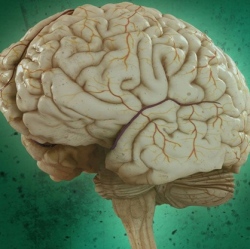 It turns out urine isn’t just human waste. Chinese researchers have managed to reprogram kidney cells harvested from urine samples into neural cell progenitors–immature brain cells that can develop into various types of glial cells and neurons. Reprogramming cells has been done before, of course, but not with cells gleaned from urine and not via a method this direct (more on that in a moment). The technique could prove extremely helpful to those pursuing treatments for neurodegenerative disorders like Parkinson’s and Alzheimer’s.

The innovation here is in the source and the method. We know that embryonic stem cells offer potential treatments for neurodegenerative disorders. And we know that we can turn adult human cells–that is, non-embryonic cells gathered from adult humans–into pluripotent cells (those that can become a different type of cell) by reprogramming them, usually with genetically engineered viruses that tamper with the cells’ genetic codes.

But embryonic stem cell treatments are fraught with ethical issues and non-embryonic methods are complicated–and complexity introduces a greater chance of something going wrong (in this case that means mutations and genetic defects). The new method, which taps skin-like cells from the linings of the kidney tubes that are present in urine, converts its source cells into neurons and glia cells via a more direct route, making the process more efficient while narrowing the margin of error.