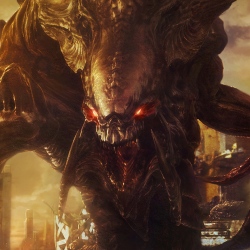 If loose lips really do sink ships, Project Titan will be afloat until the Four Horsemen come galloping into town. Blizzard has been working on this sucker since 2007 and we still know next to nothing about it. What we do have are a boatload of rumors, but today a fresh report makes one of those rumors ring true: Project Titan will be an MMO shooter.

Citing an anonymous "reliable source tied to the project," Blistered Thumbs reports that Blizzard has hired a "large portion of the development staff" from Splash Damage’s class-based FPS Brink to work on Project Titan.

Given Splash Damage’s track record (Wolfenstein: Enemy Territory and Enemy Territory: Quake Wars, among other FPS shooters), it’s safe to say Blizzard would hire devs from the studio specifically for their shooter expertise.

It’s a rumor we’ve heard a few times about Project Titan, but now it sounds much more plausible. So, Blizzard’s mystery project could be an MMOFPS. What else do we actually know about the project for sure? This is it:
In 2009, Blizzard confirmed Project Titan is an MMO and it will be "significantly differentiated" from World of Warcraft.

In 2010, Kotick confirmed Project Titan is an all new franchise (apologies to those of you hoping for a StarCraft or Diablo MMO) and completely separate from the game currently being developed by Bungie. Oddly enough, though, the rumor mill also says Bungie is working on an MMOFPS.